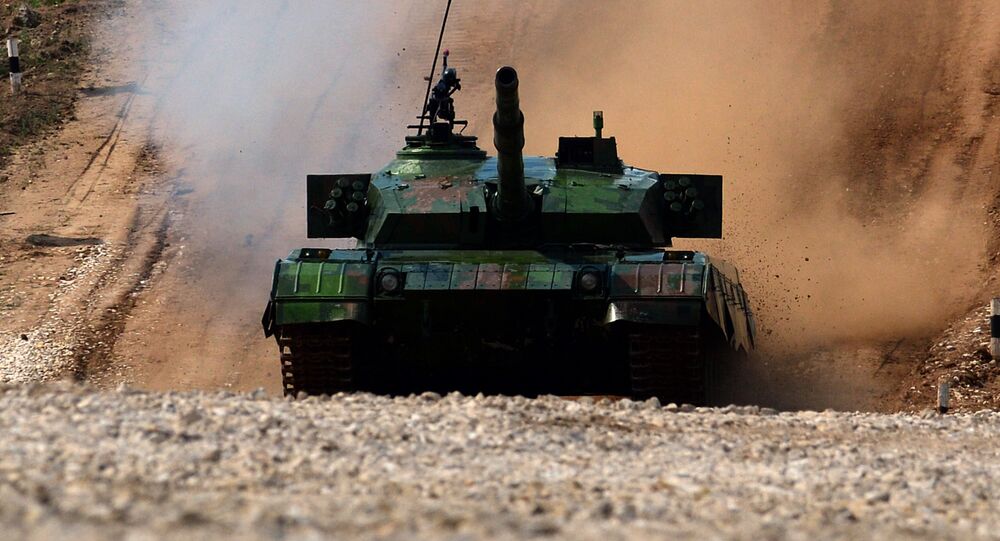 Apart from Russia, China remains the only country in the world which has decided not to modernize its old tanks and is instead focusing on all-new replacements, Russian military expert Vasily Kashin told Sputnik.

© Wikipedia
Chinese Army Equips All Ground Troops With Advanced WZ-10 Attack Helicopters
In an interview with Sputnik, Russian military expert Vasily Kashin said that Russia and China remain the world's only countries which have decided to focus on creating an all-new tank instead of modernizing old versions.

The interview came after a recent report on Chinese television confirmed Beijing's efforts to try to develop a new generation tank.

"It seems that China is working on a fundamentally new armored vehicle, which has nothing to do with the current tanks: Type 96 and Type 99," Kashin said.

With a crew of two, the new tank will feature an unmanned tower, a powerful new engine, a high degree of automation and advanced information systems, according to Kashin.

"It is difficult to say when the new Chinese tank will be mass produced, a process that would most likely take a lot of time", Kashin said, referring to the Russian tank T-14 Armata.

He recalled that the development of the Armata  started back in the 1990s, in what was followed  by the tank's state tests and subsequent reports. The first 100 such armored vehicles are due to enter service in the Russian Armed Forces in 2017-2018.

Separately, Kashin pointed to the fact that compared to warplanes, the process of putting armored vehicles, including tanks, in service is much more complicated.

Tanks are actually on par with aircraft in terms of complexity, Kashin said, drawing attention to the fact that a warplane which has returned from a flight is already at a base, where it can be provided with qualified service if needed.

In contrast, tanks can be stationed outside for weeks and even months with no chance of repair, which is why reliability and the reparability are of paramount importance to armored vehicles, Kashin said.

© Sputnik / Evgeny Biyatov
Cloak of Darkness: Russia Testing Unique Smokescreen for Armata Tanks
He recalled that the tank manufacturing in the West has almost stopped, and that the new tanks produced by India, Turkey and other developing countries are now approximately on a par with the old Western models.

In this vein, it is safe to say that the new Russian and Chinese tanks will most likely become the main competitors in the world market for such weapons, Kashin concluded.