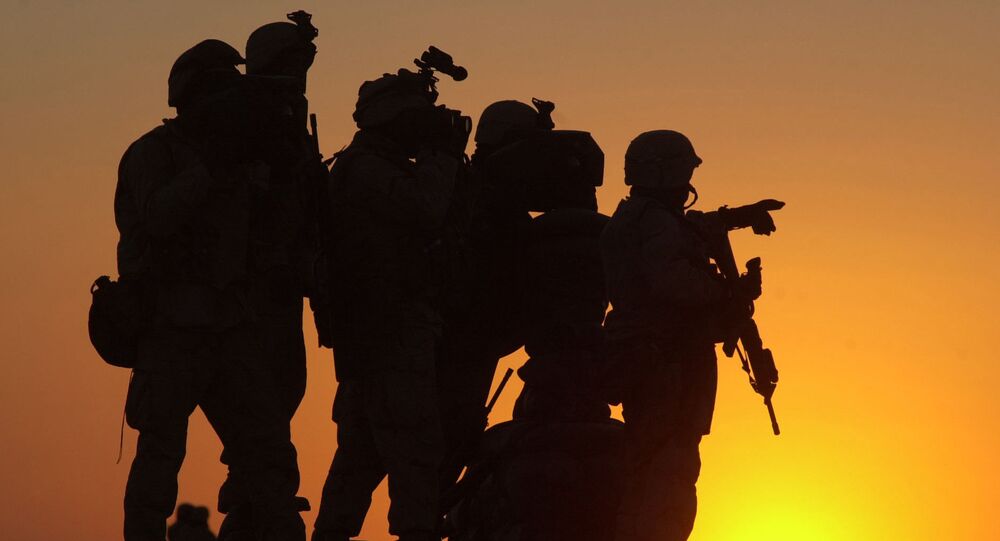 By launching a military operation against the Taliban fifteen years ago, the US actually unleashed a new world war, former Taliban militant Wahid Muzhdah told Sputnik.

© REUTERS / Ali Hashisho
Has the US Turned a Blind Eye to Rise of Daesh in Southern Afghanistan?
In an interview with Sputnik, former Taliban militant Wahid Muzhdah lashed out at the US for launching its military operation against the Taliban on October 7, 2001. By doing so, he believes Washington had, in fact, unleashed a new world war.

He recalled that on that day, America invaded Afghanistan in response to al-Qaeda's 9/11 terrorist attacks.

"Until now, the details of the invasion have been shrouded in mist. Despite lots of articles and books having been written on the topic, many issues have yet to be clarified. We can only say that Afghanistan fell under suspicion and took the brunt of the US's strike," he said.

According to him, "it was 15 years ago when a period of incessant war started, which was instigated by America."

"The wars which were unleashed at the time continue today. They began with the US strikes on Afghanistan and continued in Iraq, Syria and Libya, where scores of people were killed and many more injured," he said, also citing those who were displaced.

Muzhdah blamed the United States for failing to deliver on its promises made during the beginning of the military operation against the Taliban, including the arrest of Osama bin Laden.

"Fifteen years have passed and none of the promises made by the United States has been fulfilled. Tens of thousands of Afghan servicemen were killed by Americans. For what?" he said, referring to the tough times ordinary Afghans are now going through.

"The US's foreign policy tactics will one day lead the world into the Third World War. The example of Afghanistan shows us how they have introduced a system which counters the world," according to him.

Earlier, Zamir Kabulov, the Russian presidential envoy for Afghanistan and senior Foreign Ministry official said that the United States is politically responsible for the deteriorating situation in Afghanistan.

"They cut back their presence and did not resolve a single issues and created more problems. They carry political and moral responsibility for what is taking place in Afghanistan now,"  Kabulov said.

© Flickr / chuck holton/ U.S. Army Photo
Hands Untied? US Troops Relax Rules of Engagement in Afghanistan
The country is in a state of political and social turmoil, with government forces fighting the continuing Taliban insurgency, while other extremist groups, such as the internationally condemned terrorist group Daesh, have also expanded their activities both in the country and in neighboring states.

The instability has persisted in the country since the 2001 US-led invasion to defeat the Taliban and al-Qaeda.

Three Civilians Killed in US Drone Strike in Afghanistan

Daesh Captures US Equipment Abandoned in Rescue Operation in Afghanistan