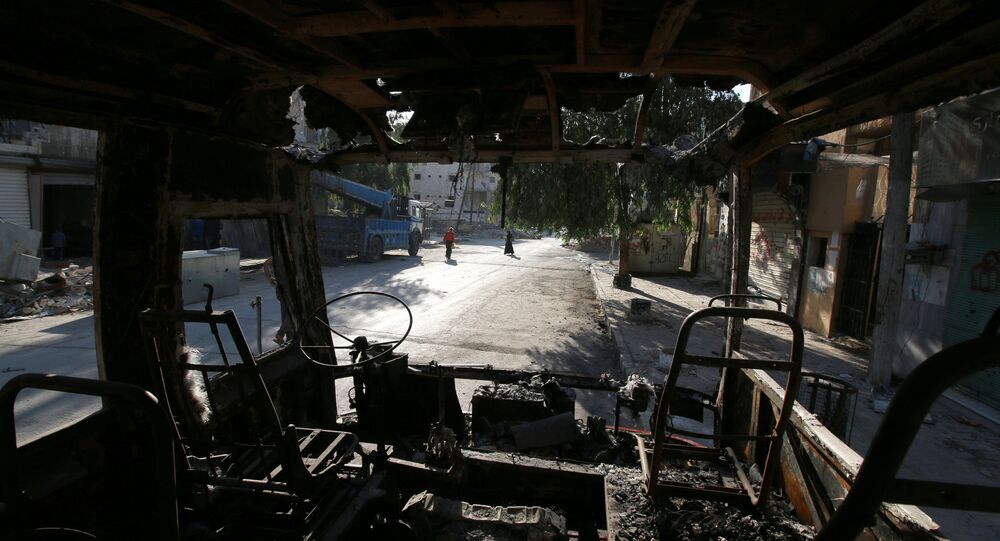 Syrian information minister said that refusal to cooperate with Russia on the Syrian crisis and failure to separate moderate opposition and terrorist groups is a clear evidence that the US administration is not serious about its obligations on Syria.

© REUTERS / SANA/Handout
Assad Says Regrets US, Russia Halting Cooperation on Syria Ceasefire
MOSCOW (Sputnik) – The refusal to cooperate with Russia on the Syrian crisis and failure to separate moderate opposition and terrorist groups is a clear evidence that the US administration is not serious about its obligations on Syria, Ramez Tourjman, the Syrian information minister, told Sputnik.

"The US administration keeps running away from its obligations and it was last seen in the cutting of connections and negotiations with Moscow and the reason is Washington's inability to separate between groups that it labels as moderate opposition and the Nusra Front, because that is simply impossible in reality." Tourjman said.

Tourjman added that there was an organic link between the Nusra Front and the US administration ever since the United States adopted the new policy of "war by proxy."

On Monday, the US State Department announced it was suspending bilateral channels with Russia that were established to sustain a cessation of hostilities agreement in Syria.

As the days of the current US administration are coming to an end, it does not want to solve the Syrian crisis but instead looks to transfer it to the next administration, Syrian Information Minister said.

"I believe the current US administration does not want to solve the issue and find a solution to the Syrian crisis and they want to transfer the file to the next administration," Tourjman said.

The minister added that Washington's goal was to turn Syria into a weak, divided country and the so-called disagreement between the Pentagon, the Department of State and the Central Intelligence Agency about Syria was nothing but a tactic aimed at giving terrorists time to regroup and receive additional support.

US, Russia Both Lose From Nuclear-Agreement Suspensions