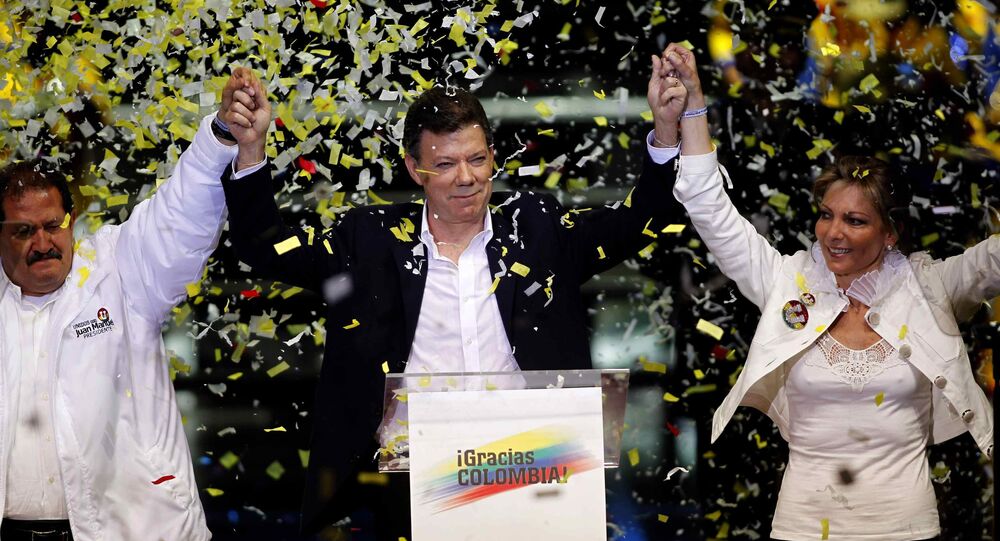 The Chair of the Norwegian Nobel Committee, Kaci Kullmann has announced the winner of the 2016 Nobel Peace Prize in Oslo, on Friday, October 7.

"The Norwegian Nobel Committee has decided to award the Nobel Peace Prize for 2016 to Colombian President Juan Manuel Santos for his resolute efforts to bring the country's more than 50-year-long civil war to an end," the committee said in a statement.

Colombia's National Election Council said over the weekend the peace agreement failed to garner the support of the majority of Colombian voters at a referendum.

"The fact that a majority of the voters said no to the peace accord does not necessarily mean that the peace process is dead," the committee stressed.

The 2015 Nobel Peace Prize was awarded to the Tunisian National Dialogue Quartet for its contribution to the building of a pluralistic democracy in Tunisia in the wake of the 2011 Jasmine Revolution.

Juan Manuel Santos was born in Bogota, Colombia, in 1951. After graduating from the Naval Academy in Cartagena, he went on to study economics, journalism and law in Kansas University, the London School of Economics, Harvard Law School and the Fletcher School of Law and Diplomacy.