"I think what we are facing here is just a simple case of good old-fashioned profiling," Cohen said in an interview with Sputnik.

According to the expert the program was not designed to check each and every e-mail, but rather search for some very specific phrases and key words, that might be considered potentially dangerous and therefore should be passed on to the intelligence services.

"They would have filtered all the emails that were coming and the ones that matched certain key phrases would have probably been passed on to the security services," the expert said, adding that the program practically allows the intelligence to look "inside a human brain." 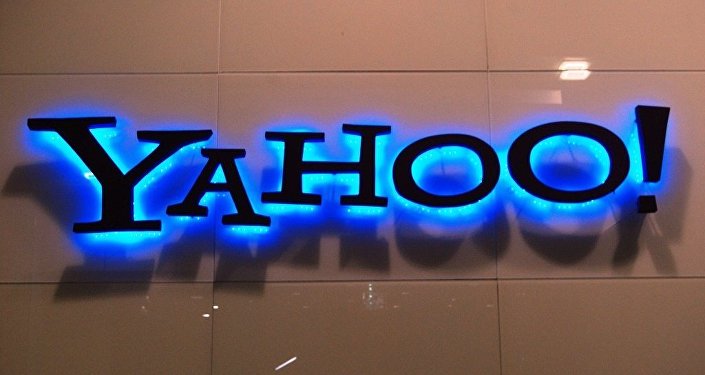 © Flickr / abhisawa
Yahoo Denies Accusations of Scanning Users Emails at Request of US Intelligence Agencies
Reuters reported on Tuesday that the scans were requested by either the National Security Agency or the FBI. However, the news agency was unable to determine what information was transferred or if other internet companies had received a similar demand.

Under the US law, intelligence is allowed to order the release of customer data that they believe could prevent a terrorist attack. Such orders can be challenged in the Foreign Intelligence Surveillance Court, although, according to Reuters, Yahoo decided not to fight the matter because it thought it would lose.

"I think the novelty here perhaps is that the security services seemed to have asked Yahoo to help them develop a program that will go through this process very easily. But this makes sense as well, because, first, Yahoo would know this system much better than anyone else. And also Yahoo will be able to make sure that only the information requested is being passed on to the security agency," the expert stated.

Earlier, former NSA contractor Edward Snowden addressed Yahoo users in his Twitter account calling on them to delete their accounts.

"Use Yahoo? They secretly scanned everything you ever wrote, far beyond what law requires. Close your account today," the whistleblower wrote.

Use @Yahoo? They secretly scanned everything you ever wrote, far beyond what law requires. Close your account today. https://t.co/dJrJUyyxk6