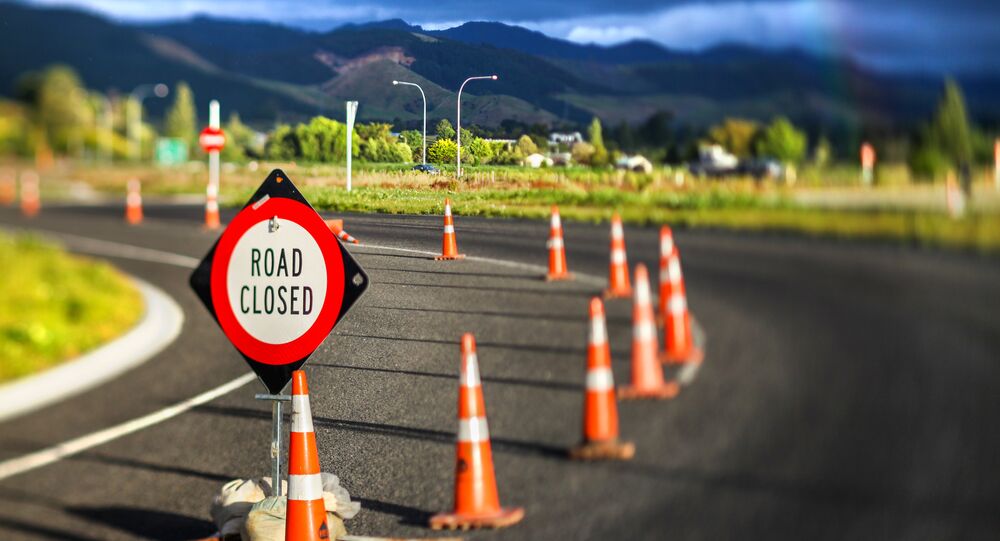 ‘We Done, B*tches!’: End of Construction on Canada Road Announced With Attitude

Following a ribbon-cutting ceremony to open a final section of a new road in Canada, an electronic sign announcing the completion of work was programed to say, “We done bitches.”

After decades of planning and construction, which cost approximately $4 billion, a road project on Anthony Henday Drive in Edmonton was completed and officially opened on Saturday.

The sign on had previously been programed with a standard message announcing the completion of the work, but photos and videos appearing on social media showed a far less traditional, and more vulgar, wording.

A spokeswoman for the Transportation Ministry said in a statement to the National Post that the sign was changed immediately after they were alerted.

“Two thousand people worked very hard to bring this project to completion, and there’s obviously a lot of pride in that work,” spokeswoman Aileen Machell said a statement on Sunday. “It seems someone changed the sign as part of the celebrations; however, the wording is not the kind we would use and we had it changed immediately.”

It is unclear who changed the sign, or whether they face disciplinary action.