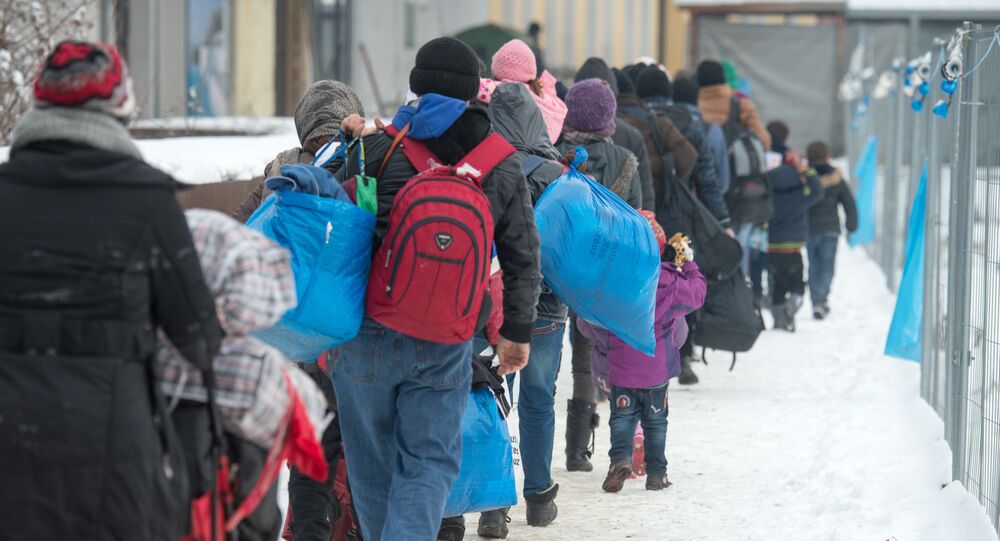 MOSCOW (Sputnik) — The General Assembly held high-level plenary talks in New York on September 19 where it was agreed to push back a global action plan on refugees to 2018.

"World leaders at the General Assembly agreed an Outcome document that said they would help, but agreed no actual plan. Empty words that change nothing," Amnesty International’s chief Salil Shetty said.

© Sputnik / Zahraa Al-Amir
Young Syrian Refugee in Lebanon: 'I Don't Want to Work, I Want to Go to School' (PHOTO)
Writing in an article on the group’s website, Shetty condemned rich nations for shifting the responsibility for refugees fleeing war and poverty to the neighbor countries, which are worse-off as a rule.

The Amnesty secretary general stressed that giving poorer host countries money would not fix the problem. Instead, all countries must take in a "fair share" of refugees determined by each country’s wealth, population and unemployment rate.

European Welfare for Refugees: Hard to Retain 'the Glass-is-Half-Full Scenario'