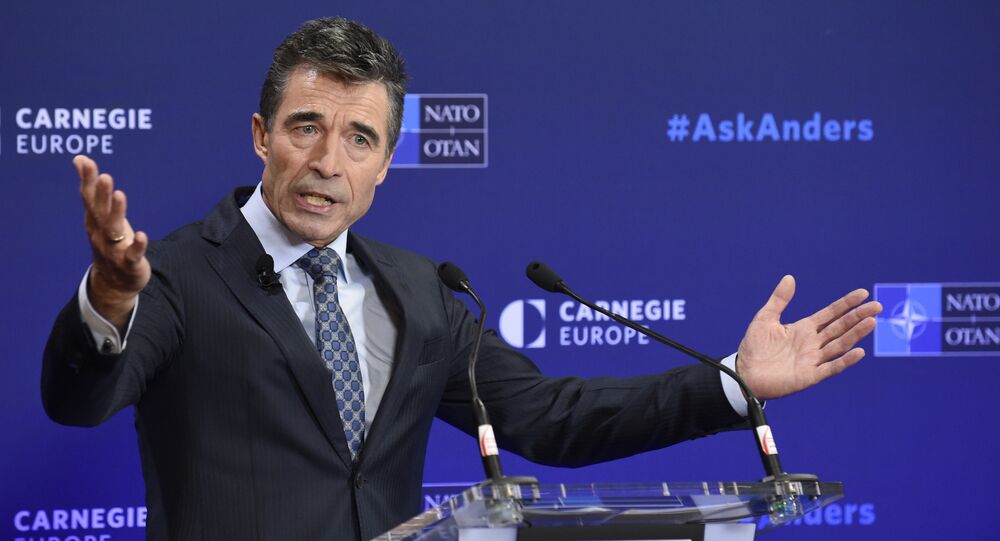 Former NATO Secretary-General Anders Fogh Rasmussen said that Russia and the United States should cooperate militarily in Syria, but "Russia should realize their engagement has not improved the situation."

"First of all, I think that Russian engagement in Syria has worsened and it has prolonged the conflict," Rasmussen said on Thursday. "Secondly, of course there is no military solution to the conflict so you will need a political solution. And to that end, I also think the United States and Russia should engage in a dialogue. But they are trying to establish a ceasefire without success, and I am not optimistic."

When further asked whether the two countries should cooperate militarily in Syria, Rasmussen said, "Yes, I think cooperation is always good, but I think Russia should realize their engagement has not improved the situation."

© Sputnik / Maksim Blinov
US Refusal to Work With Russia on Syria 'Gift' for Terrorists - Russian Foreign Ministry
US Secretary of State John Kerry told Russian Foreign Minister Sergei Lavrov on Wednesday that Washington was prepared to stop cooperating with Moscow on the ceasefire in Syria.

Earlier on Thursday, Kerry said the United States is on the verge of suspending discussions with Russia on Syria, and is pulling back from the cooperation because of the nature of the bombing campaign in the country.

Russian Foreign Ministry spokeswoman Maria Zakharova said lack of progress on the US pledge to separate the armed Syrian opposition from terrorists blocked the entire set of agreements reached under the International Syria Support Group.

US Refusal to Work With Russia on Syria 'Gift' for Terrorists