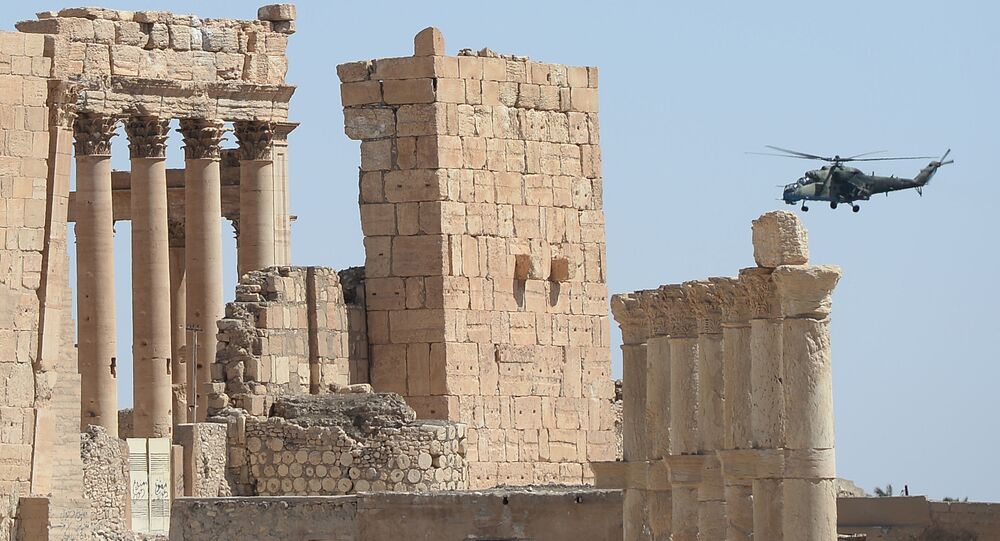 © AFP 2021 / JOEL SAGET
US Pursues Policy of Threats With Disengagement Warning
MOSCOW (Sputnik) — Ryabkov told RIA Novosti the long path toward reaching a deal on a cessation of hostilities announced September 9 stemmed from the need to achieve "balance and parity suitable for all."

"Now these agreements are put into question by the US. It is their political choice. This reflects heightened 'warmongering' in Washington and among those willing to continue inflicting damage to bilateral relations with Russia," he said.

On Wednesday, US Secretary of State John Kerry told Russian Foreign Minister Sergey Lavrov that the US is prepared to suspend bilateral engagement with Russia in Syria unless Moscow takes immediate steps to end Syrian operations in the city of Aleppo and reinstate a ceasefire, according to the State Department.

© AFP 2021 / GEORGE OURFALIAN
Russia-US Cooperation 'Essential for Conflict Settlement in Syria'
Ryabkov argued the US was presenting an anti-Syria and Russia narrative after failing to live up to a series of its own obligations as part of the recently released agreements.

"This is in line with imposing unilateral approaches that has never been acceptable to us," he maintained. "There can be no concern here about the situation in Aleppo, about the humanitarian problems of the population and the tragedies that happen there every day… All this is pure politics and geopolitics."