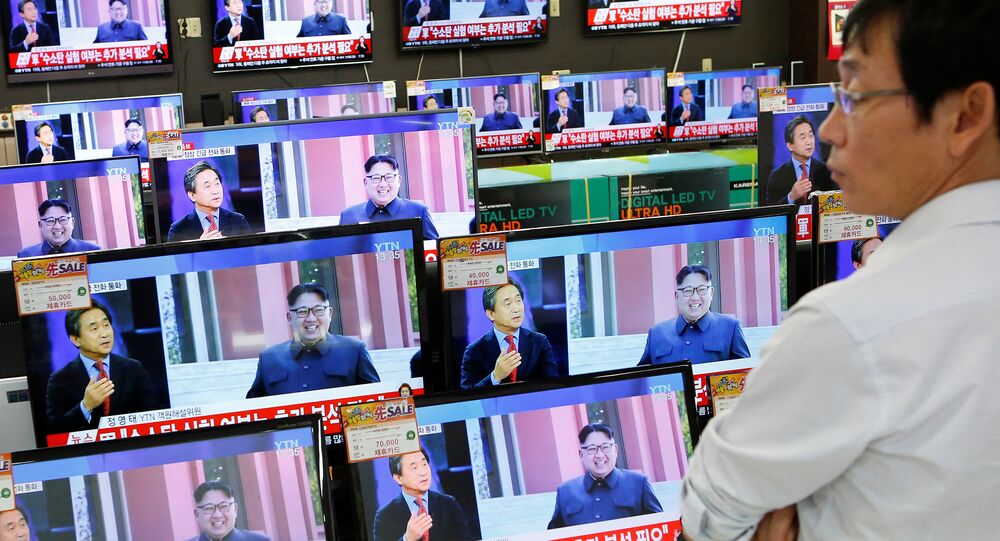 South Korean, US and UK Air Force will carry out the first joint military drills in November to practice cooperation to counter North Korea.

© AFP 2021 / JUNG YEON-JE
Japanese PM Calls on UN to Adopt New Sanctions Against N Korea
TOKYO (Sputnik) — South Korean, US and UK Air Force will carry out the first Invincible Shield joint military exercise in November to practice cooperation to counter Pyongyang in the event of war on the Korean peninsula, a spokesman for the South Korean Air Force said on Thursday.

"The 'Invincible Shield' drill is aimed at improving the allies' capabilities of attacking North Korea's major military and leadership facilities (if provoked) but also intercepting incoming fighters from the North," the spokesman said as quoted by Yonhap news agency.

According to the spokesman, the combined aerial exercises will kick off on November 4 and will last until November 10. The drills will take place at Osan Air Base in the county of Pyeongtaek, some 40 miles south of Seoul.

© AP Photo / Mindaugas Kulbis
US to Send B-52 Strategic Bombers to S Korea Amid N Korea's 'Provocations'
Britain is planning to send the Voyager tanker aircraft, four Eurofighter Typhoon combat jets and the C-17 Globemaster transport aircraft to the drill, while the F-16 fighters from the United States will also be engaged in the exercise, the Air Force added.

"Through the exercise, the three countries will be able to bolster the interoperability of their military arsenals and joint operational capabilities in the event of conflict breaking out on the Korean Peninsula," the spokesman said.

On Wednesday, the South Korean Defense Ministry said that the North had made a significant progress in miniaturization of its nuclear arms and reached a high level of nuclear weapons' power.