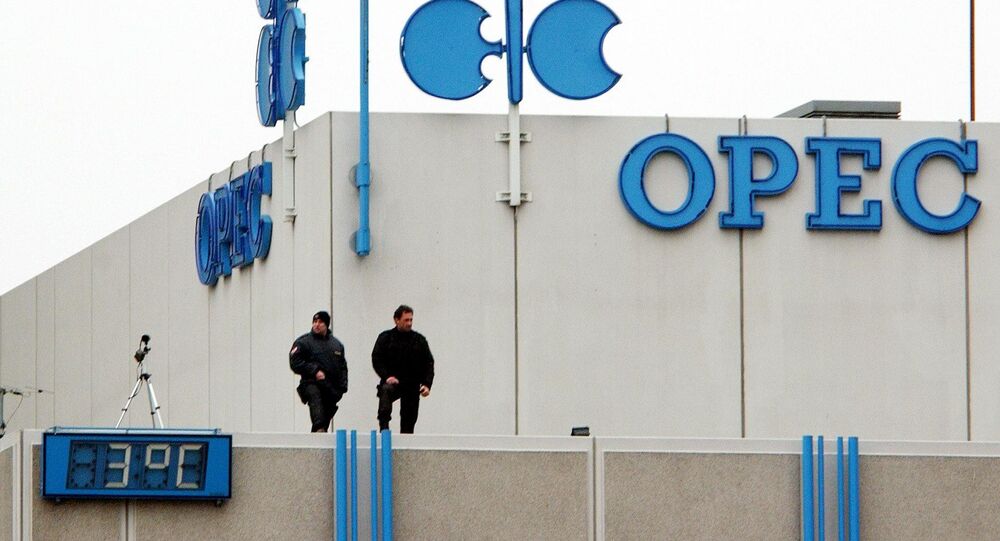 OPEC is planning a series of oil market stress tests and the Wednesday decision on the oil output freeze is the beginning of that process.

© Flickr / alex.ch
Chinese Stocks Rise in Wake of OPEC Oil Output Freeze Decision
WASHINGTON (Sputnik) – The Organization of the Petroleum Exporting Countries (OPEC) is planning a series of oil market stress tests and the Wednesday decision on the oil output freeze is just the start of that process, former US Assistant Secretary for Fossil Energy Charles McConnell told RIA Novosti.

"I believe that if there is a sustained lift in prices there may be another cut in output. This may be counter-intuitive but it is part of the experiment," McConnell, who is currently the Executive Director of the Energy and Environment Initiative at Rice University, said.

On Wednesday, the OPEC states reached an agreement to freeze daily oil output for the whole organization. The commitment date of oil output freeze will be presented at the cartel's upcoming meeting in November.

"If prices go back down, there will likely be pressure to increase production…… They must run market tests and I believe this is the first of a series of tests we will see," McConnell said.

© AP Photo / Anis Belghoul
OPEC to Treat Specially Iran, Libya, Nigeria - Qatari Energy Minister
According to the former US Assistant Secretary of Energy the stress tests will continue over the next 12 months.

"Volume of oil produced at lifting costs that are much better than anywhere else in the world is only maximized when the next available barrel to replace production causes prices to rise. It has risen short term, but 5% is not a large amount," McConnell explained saying that OPEC countries are now "looking at their cost positions and profit margins and doing the optimization analysis."

On Wednesday, OPEC decided to establish a technical committee to study a mechanism of sharing oil production between individual countries.

© AP Photo / Hasan Jamali, File
OPEC Informal Talks in Algiers Finish After 4.5 Hours
According to Qatari Energy and Industry Minister Mohammed Saleh Abdulla Al Sada, individual oil output figures for Iran, Libya and Nigeria will be determined separately and the countries will be given an opportunity to study the situation on the market and will be presented with flexible conditions.

In April, major oil-producing states failed to reach an output-freezing agreement in Doha, Qatar. Saudi Arabia, which had previously said that it would freeze output only if Iran followed suit, cited Tehran’s absence from the talks as the reason for not supporting an output freeze.

Global oversupply and stagnating demand have caused oil prices to plunge from $115 per barrel in June 2014 to less than $30 per barrel in January 2016. Prices recovered amid Nigeria's and Venezuela's output outages and growing demand in May, reaching a peak of over $50 per barrel in early June.