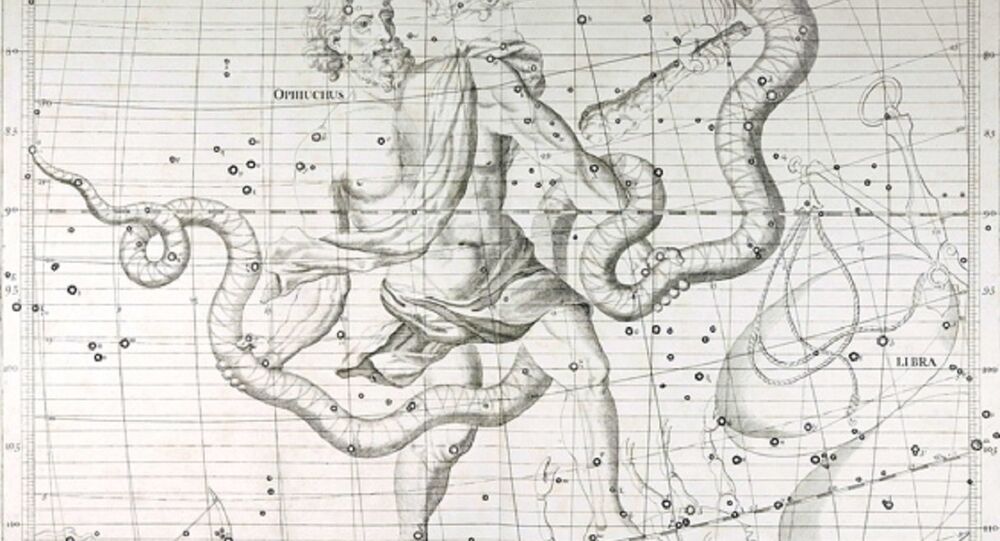 The addition of a new astrological sign has thrown into chaos those who cast horoscopes, as NASA announced that there are not, in fact, twelve canonical zodiacal constellations, but 13.

© Flickr / Jennifer Chong
Oregon Town Concerned Astrology Class Could Lead to Baby Sacrifice
A water constellation Ophiuchus, the snake bearer, has now been added, and is taking over territory in Sagittarius.

“When the Babylonians first invented the 12 signs of zodiac, a birthday between about July 23 and August 22 meant being born under the constellation Leo. Now, 3,000 years later, the sky has shifted because Earth's axis [North Pole] doesn't point in quite the same direction,” NASA explained.

NASA suggested that that those slacker Babylonians just wanted to keep things simple, and have the astrological calendar match the 12-month calendar.

“To make a tidy match with their 12-month calendar, the Babylonians ignored the fact that the Sun actually moves through 13 constellations, not 12. Then they assigned each of those 12 constellations equal amounts of time. Besides the 12 familiar constellations of the zodiac, the Sun is also aligned with Ophiuchus for about 18 days each year,” NASA wrote.

NASA has now corrected the record. The new 13-sign astrology calendar is as follows:

© Sputnik / Vladimir Astapkovich
Shooting Stars: Cameras Across the Globe Snap Time-Lapse of Perseid Meteor Shower
To make room for the new sign, the other Astrological signs were forced to shift their positions.

“I woke up this morning firmly believing that I was an outgoing, courageous, independent, generous Leo. However, now I have to come to grips with the fact that I am in fact a stupid, sulky, inconsiderate, pessimistic Cancer. I have gone from lion to crab, and it weighs heavily upon me,” Lee Hutchinson wrote for Ars Technica.

According to Zodiac-Signs.org, Ophiuchus are happy and humorous people with a generally positive attitude. They tend to be truthful, intellectual, and clever, as well as creative and highly imaginative.

Sadly, for their romantic partners, these former Sagittarians do not respect monogamy, even though they themselves are of a jealous nature.

More negative traits of these newly reclassified Ophiuchus include being judgemental, irresponsible, restless, and temperamental, known for “epic temper-tantrums,” according to the website.

As NASA points out on their website, astronomy is the scientific study of everything in outer space, while astrology is not a science, but a system of beliefs.

Unfortunately, changing the 1972 hit song’s title to ‘Jesus was a Sagittarius’ does not make it sound quite as poetic.