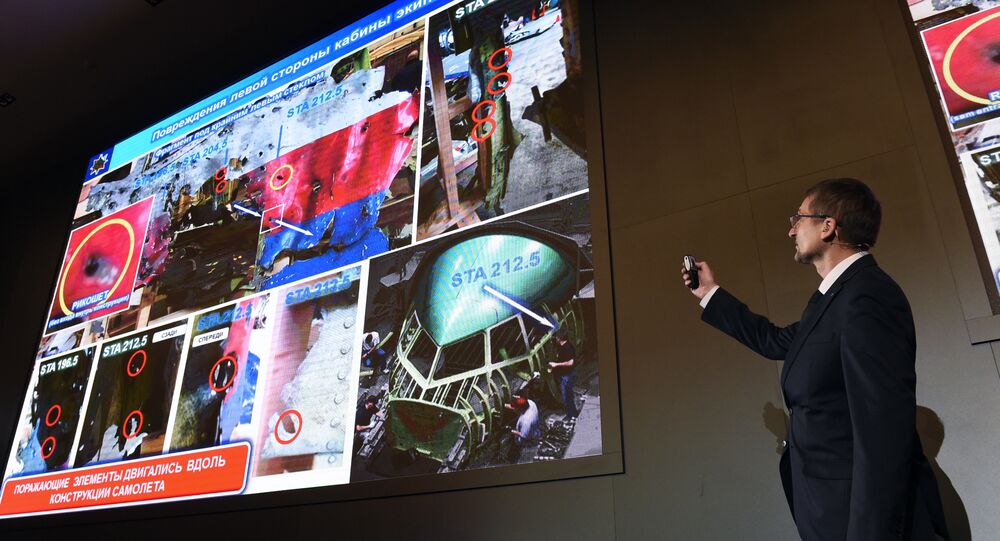 The conclusions of the Joint Investigation Team (JIT) looking into the MH17 plane crash are highly politicized and have nothing to do with the real investigation of the tragedy, Leonid Slutsky, Chairman of the Russian State Duma (parliament) Committee on the Commonwealth of Independent States and Eurasian Integration, said.

MOSCOW (Sputnik) — On Wednesday, the JIT presented a preliminary report on the investigation of the MH17 plane crash in eastern Ukraine in 2014, according to which the aircraft was downed by a Buk missile system, which was brought from Russia and later returned there.

"The conclusions of the investigation group on Malaysian Boeing are extremely politicized. And, certainly, Russian Buks did not strike the Malaysian Boeing. In this case, the conclusions are aimed at only one thing – to further marginalize the image of Russia in the international political and informational space," Slutsky told RIA Novosti on Wednesday.

He added that the experts of the Interstate Aviation Committee and other organizations would scrutinize the material that had brought JIT to such conclusions.

© AFP 2021 / EMMANUEL DUNAND
NATO Welcomes Results of Investigation Into MH17 Crash - Stoltenberg
Slutsky also stressed that the preliminary report of the international investigation group had quite a questionable evidence base. "The experts rely on the information from social networks and intercepted phone conversations, while [the] submitted, by the Russian side, experimental conclusions and radar data of the concern Almaz-Antey are still not examined and taken into account," Slutsky said.

Malaysia Airlines flight MH17 crashed in the conflict area in southeastern Ukraine on July 17, 2014 while flying from Amsterdam to Kuala Lumpur. All 298 people on board died, most of them Dutch citizens. The Ukrainian government and independence fighters in the southeast have traded accusations for allegedly downing the jet.

A Dutch-led group of investigators has been working to determine the events leading up to the air disaster. The group comprises Dutch, Australian, Ukrainian, Belgian, and Malaysian experts.