The United States has raised concerns with Riyadh regarding the imprecision of Saudi airstrikes that have killed civilians in Yemen, US Department of State spokesperson John Kirby said in a briefing on Wednesday.

"We [the United States] have been honest with the Saudis about our concerns over the lack of precision in some strikes," Kirby told reporters. 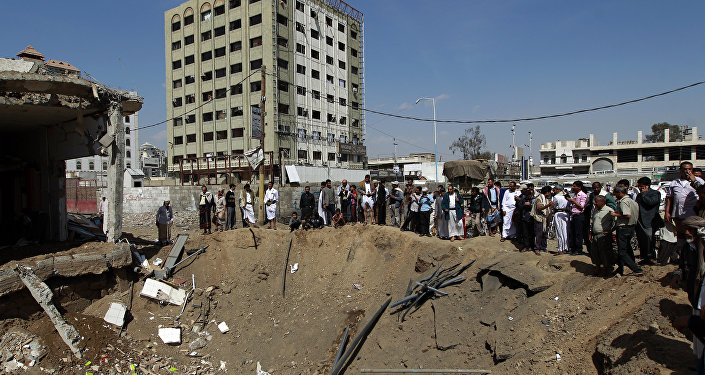 © AFP 2019 / MOHAMMED HUWAIS
Labor Government to Stop Saudi Arabia Weapons Sales - Party Leader
Kirby also claimed that the deliberate attacks by the Syrian and Russian governments in Aleppo were not the same as Saudi Arabia’s imprecise strikes that accidentally killed civilians in Yemen.

US military sales to Saudi Arabia have drawn bipartisan opposition, in part because US-made bombs have been used by the Saudi-led coalition to attack hospitals and other civilian targets in neighboring Yemen, according to multiple eyewitness and published reports.

Since March 2015, the Saudi-led coalition of mostly Persian Gulf countries has been carrying out airstrikes against the opposition Houthis at the request of ousted President Abd Rabbuh Mansur Hadi.