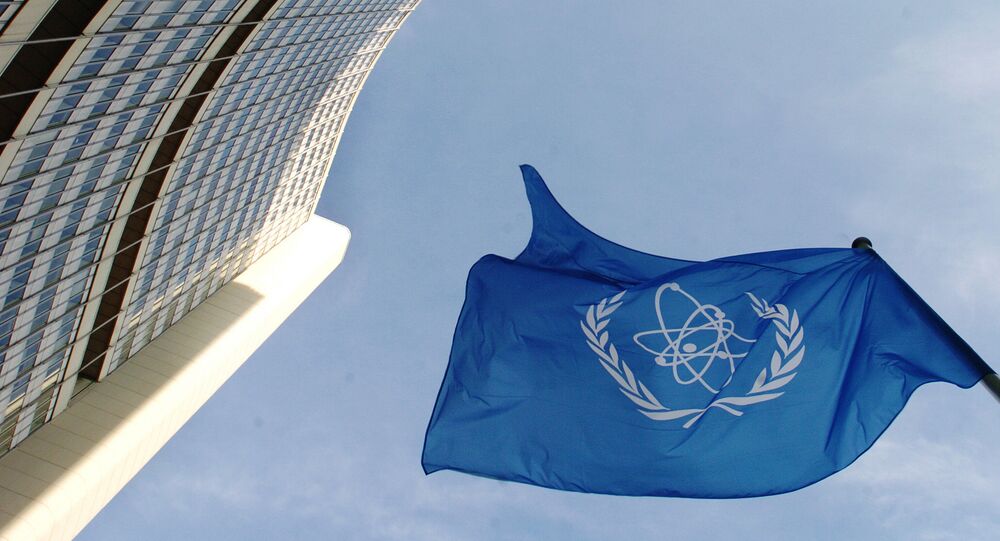 "Russia is a very important provider of technology to many countries, including providing training and assistance on safety and security," Amano said at a press conference in the Austrian capital of Vienna.

© AFP 2021 / FARS NEWS
Iran Delivers 38 Tonnes of Heavy Water to Russia in September
The 60th annual IAEA General Conference opened in Vienna on Monday and is scheduled to run through Friday. It was attended by Sergei Kirienko, the head of Russia’s nuclear agency Rosatom.

Speaking alongside Amano at a joint press briefing, Kirienko underlined the importance of Russia’s nuclear energy cooperation with the IAEA.

"We believe along with the growth of nuclear power in the world the role and influence of IAEA should grow," he stressed.

The Russian nuclear official presented his IAEA counterpart with a model of the world’s first operating nuclear block with a VVER-1200 reactor of the III+ generation.

Russia, US in Touch on Intermediate-Range Nuclear Forces Treaty