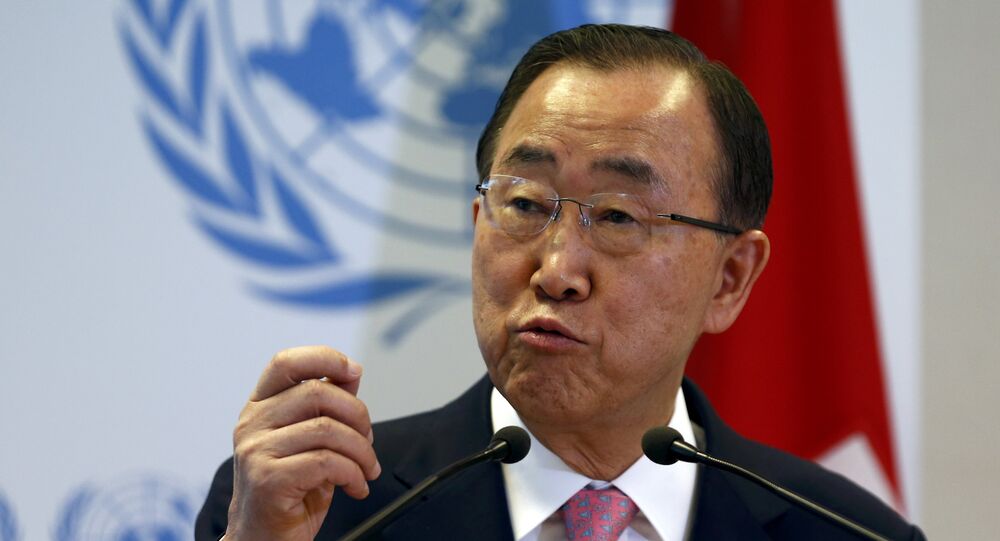 "The Secretary-General stressed the need to fully implement the Minsk agreements to ensure a peaceful resolution of the conflict in eastern Ukraine," the United Nations said in a statement.