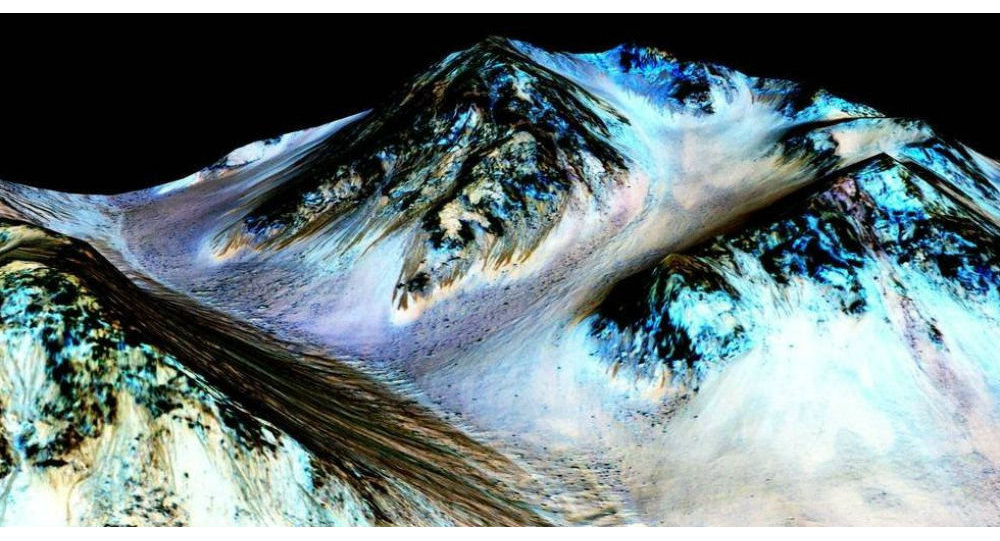 A study published in the Journal of Geophysical Research: Planets states that Mars had water long after the time it is believed that all the atmosphere had been lost and waters had frozen. The conclusion indicates that microbial life existed for a much longer period on Mars than previously thought.

Rich Zurek, Mars Reconnaissance Orbiter (MRO) project scientist at NASA's Jet Propulsion Laboratory, said in a statement Thursday, "A key goal for Mars exploration is to understand when and where liquid water was present in sufficient volume to alter the Martian surface and perhaps provide habitable environments. This paper presents evidence for episodes of water modifying the surface on early Mars for possibly several hundred million years later than previously thought."

Scientists compared images taken from the JPL's Mars Reconnaissance Orbiter alongside data from NASA's Mars Global Surveyor and the European Space Agency's Mars Express. They found evidence that Mars had a significant amount of water 2-3 billion years ago, judging from fresh shallow valleys revealed in the imagery.

© Flickr / Cyril Rana
Colonization of 'Mighty' Mars May Just Be Impossible But the Race is Still on
"We discovered valleys that carried water into lake basins," said Sharon Wilson of the Smithsonian Institution, Washington, and the University of Virginia, Charlottesville. "Several lake basins filled and overflowed, indicating there was a considerable amount of water on the landscape during this time."

Researchers suggest the water that formed the valleys was seasonal and the climate was cold.

"The rate at which water flowed through these valleys is consistent with runoff from melting snow. These weren't rushing rivers. They have simple drainage patterns and did not form deep or complex systems like the ancient valley networks from early Mars," Wilson said.

The results of the study boost further Mars exploration to find answers to how conditions changed in such a way that the now-frozen planet once had flowing water.

Russia Can Build Base for Future Mars Missions Near Vostochny Cosmodrome

Life on Mars? Six Volunteers Spend Year Discovering What It's Like