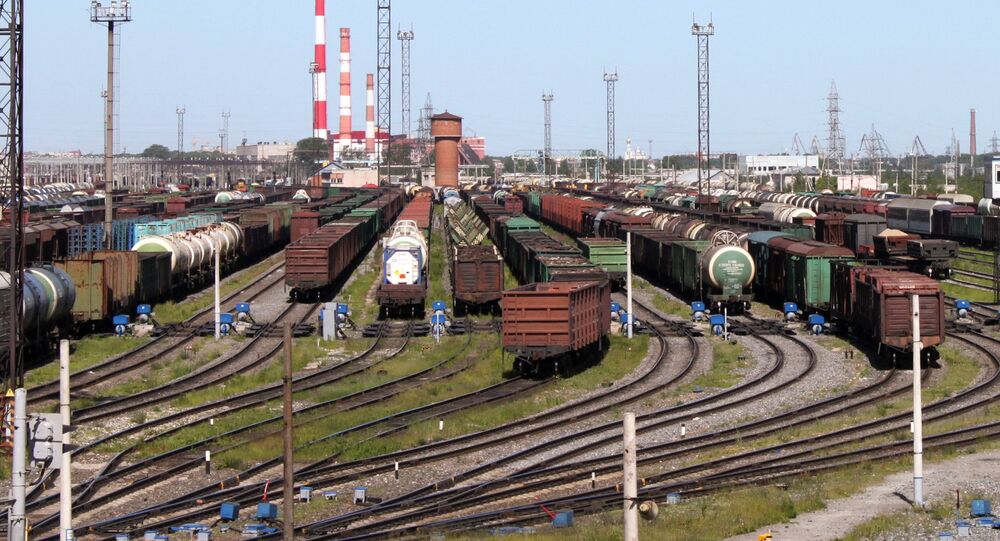 'It's Imperative to Focus on Upgrading Ulaanbaatar Railway’s Transit Capacity'

President of Russian Railways Oleg Belozyorov believes it is necessary, in conjunction with Mongolia, to focus on upgrading the Ulaanbaatar Railway and expand its transit capacity, according to a press release from the company.

MOSCOW (Spuntik) — Russian Railways has owned 50 percent of the Mongolian-Russian Ulaanbaatar Railway joint-stock company under trust management since 2009. Belozyorov met with Speaker of the Mongolian Parliament Miyegombyn Enkhbold on Wednesday as part of a visit to Mongolia by a delegation from the company.

"Oleg Belozyorov noted that rail transport is a strategic area of bilateral cooperation, adding that it is imperative for both sides to focus on long-overdue modernization of the Ulaanbaatar Railway and expansion of its transit potential," reads the statement issued by Russian Railways.

According to Mr. Belozyorov, this effort will help implement the program to build the Russia — Mongolia — China economic corridor, which was signed in the presence of the presidents of the three countries in Tashkent in June. The program provides for working through seven development projects to expand the Mongolian railway network, given that less than 1 percent of Eurasian transit cargo currently crosses Mongolia.

"We see major untapped potential in this railroad, which is a lucrative project, including for investors as well. But in order for it to be successful it is necessary to create favorable and stable conditions that will last long into the future," Belozyorov was quoted as saying.

Russian Railways is Open for Investment for Private Railways Construction