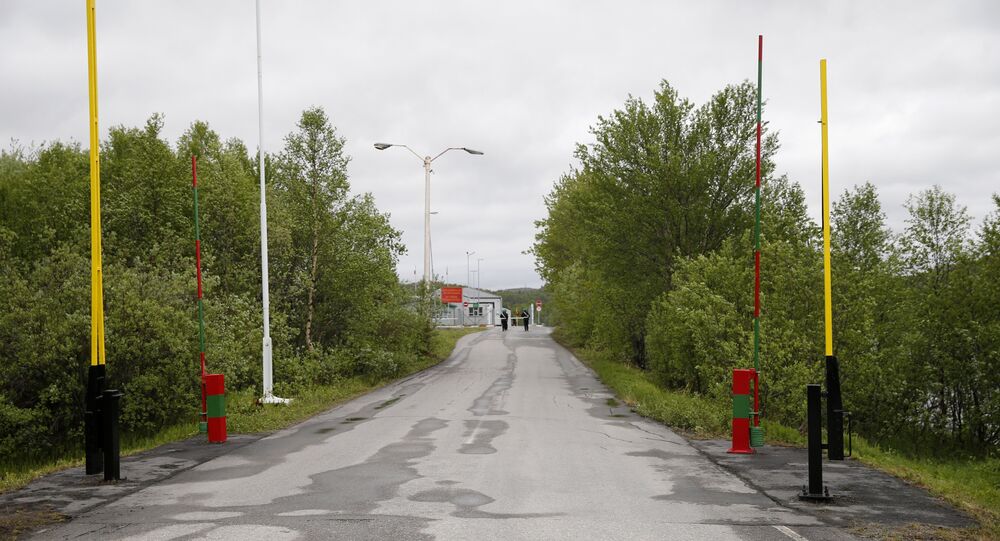 A former Norwegian border inspector lashed out at his country's construction of a steel fence along its border with Russia, the Norwegian national broadcaster NRK reported.

The fence is being built near the Storskog border crossing point, which is the only border station on the 196-kilometer-long Norwegian-Russian frontier.

Despite the Norwegian authorities' pledges that the 3.5-meter-high fence with a price tag of 4 mln NOK (about $486,000) will enhance border security and ward off illegal migrants, its construction was met with scathing criticism from locals, who fear a major setback in relations with Russia.

They were echoed by Berg, who said that he is "simply shocked with what is going on." According to him, "one gets the impression that this is a new emergency work ordered by Oslo."

"It makes no sense, and it is just waste of money which could be used to deal with other tasks, for example, to more effectively monitor the people who cross the border at the Storskog checkpoint," Berg said.

He added that he perceives the construction of the fence, which he said has absolutely no practical significance, as an act of provocation.

"When a person physically crosses the border line, he faces a new border fence which is so high that this person will be probably unable to overcome it. Even so, the person is legally on the Norwegian side of the border already and it will be impossible to send him back to Russia," he said.

Berg warned that the fence will not stop all those seeking to enter Norway illegally from implementing their plans.

"If the fence was being built along the whole border line, its construction could be understood. But given that the fence is just 200 meters long, a refugee can go 200 meters ahead and disappear in a nearby forest, according to Berg.

"The fence only has an ugly symbolic meaning with respect to our neighbor on the other side of the border," he said in a clear reference to Russia.

He said that he is "really disappointed with what is happening" and that he is afraid the construction of the fence may put an end to Norway's trusting relationship with Russia, which he said has been built since the 1990s.

© AFP 2021 / NTB SCANPIX / TORE MEEK
Norway's New Reality: Floating Hotels, Camps and Barracks for Refugees
Last autumn, 5,500 asylum seekers from the Middle East entered Norway via Russia, many of them cycling their way in, so that they could bypass the ban on crossing the border on foot.

Following bilateral agreements and decisive measures on the Russian side, the tide subsided. However, it does not mean that it may not resurge, border police chief Stein Hansen explained to NRK.

According to an agreement that Norwegian and Russian authorities signed in 2010, area residents enjoy the ability to travel across the border without a visa, an opportunity largely utilized by both inhabitants of Sor-Varanger and the Murmansk Region.

Refugees Integration Plan Should Be Approved in Norway’s Parliament - Party