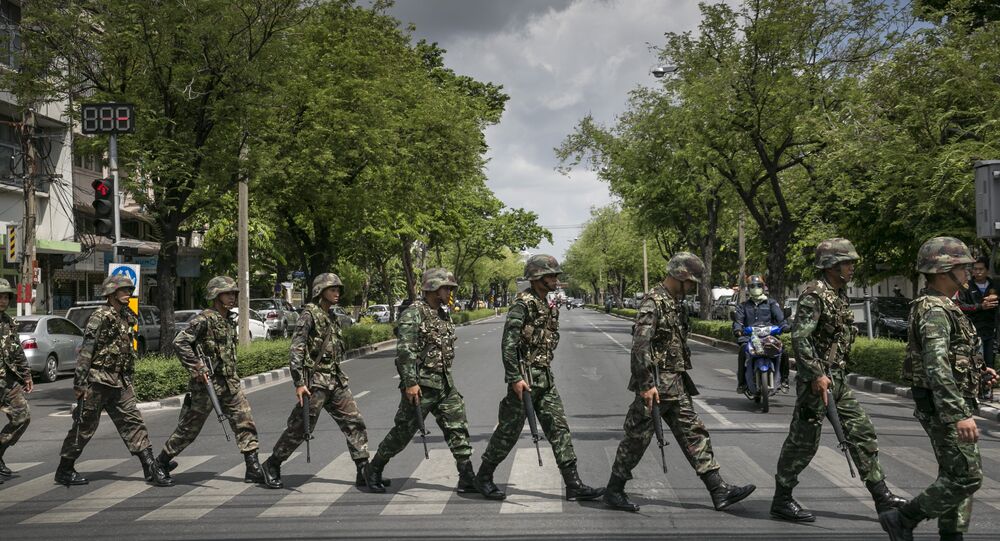 Thai government has returned the jurisdiction over cases of lese madjeste and national security offenses to civil courts, the government spokesman announced Monday.

MOSCOW (Sputnik) — The military, which seized power during the 2014 coup, announced martial law in Thailand and handed over the jurisdiction over cases involving lese majeste, security offenses, arms possession as well as violations of the junta's decrees to the military court.

"Calm and stability have returned to the country, a new constitution was adopted in the August 7 referendum. Therefore, the government has decided to review the order that extended military tribunals' jurisdiction," Sansern Kaewkamnerd told reporters in a televised address.

Controversially, demonstrations and protests without the junta's permit are classified as crimes against national security under the government's orders.