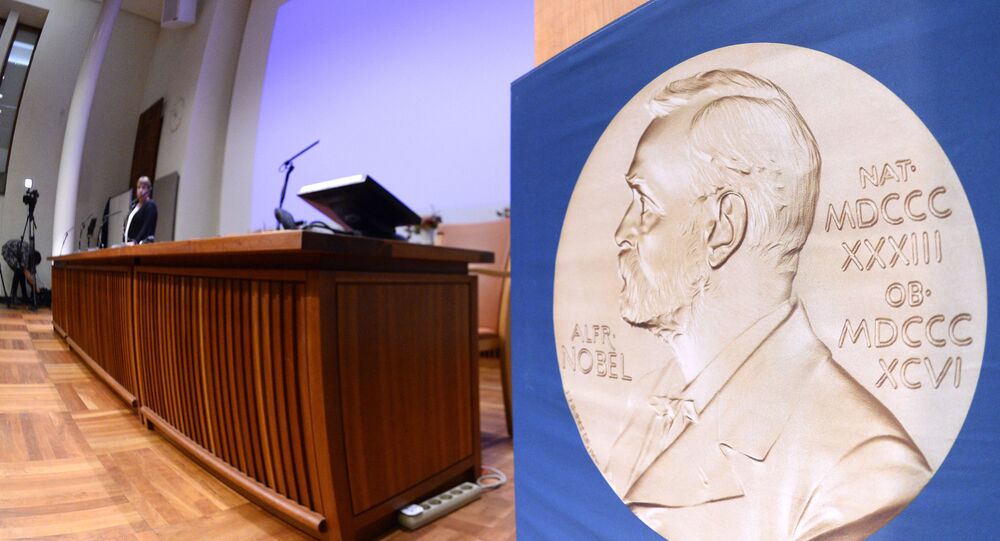 Since 1901, the Nobel Assembly at Karolinska Institutet has been responsible for nominating Nobel Laureates in Physiology and Medicine. Since 1901, Nobel Prize winners have occasionally been subject to criticism and controversy. Get a glance at the most famous controversies of the Nobel awards in medicine and be surprised!

Sir Ronald Ross was the first British Nobel laureate. He was awarded “for his work on malaria, by which he has shown how it enters the organism and thereby has laid the foundation for successful research on this disease and methods of combating it,” Nobel Prize official website reports.

© AFP 2021 / PONTUS LUNDAHL / TT NEWS AGENCY
Virtue's Reward: Sweden Bans 'Alternative Nobel Prize' From Parliament
At first, the Nobel Committee wanted to share the prize between Ross and an Italian parasitologist Giovanni Grassi, however, Ross organized an campaign, accusing Grassi of dishonesty and plagiarism. As a result, Sir Ross was rewarded the Nobel Prize even though he was not able to identify the species of mosquito vector as opposed to Grassi.

The Nobel Prize in Physiology and Medicine 1926 was given to Johannes Fibiger “for his discovery of the Spiroptera carcinoma,” the Nobel Prize official website reports.

However, Fibiger received the prize only 1927 as the Nobel Committee decided that the year’s nominees did not met the necessary criteria. In fact, after being awarded with the Nobel Prize, Fibiger’s theory was overturned.

Psychosurgery, also known as lobotomy, is a neurosurgical procedure and was widely used in the United States until late the 1950s, but the surgery usually led to catastrophic intellectual level decline. More than 50,000 patients were operated on.

American physician Walter Jackson Freeman II, who was enthusiastic about lobotomy, once said that even though one fourth of patients ended up with intellectual abilities of a home pet, he still was pleased with them.

Rosemary Kennedy, sister of John Kennedy, suffered from a personality disorder. At the age of 23, doctors advised the family to take up the new neurosurgical procedure, lobotomy, to calm her violent mood swings. After the procedure, her intellectual capacities decreased to a level of 2-year-old. She could not walk nor talk. She was also separated from her family and was not visited for 20 years.

Selman Waksman was awarded with the Nobel Prize in 1952 for designing the first effective antibiotic against tuberculosis, known as streptomycin. In fact, Waksman worked on it with his assistant Albert Schatz. At the time, Schatz protested being left out of the award, but the Nobel Committee held the view that he was a mere lab assistant and did not deserve the prize.

German researcher Harald zur Hausen received the Nobel award in 2008 for his discovery of the human papillomavirus’ role in the development of cervical cancer. However, a scandal emerged over the 2008 Nobel when it was learned that Bo Angelin, a member of the Nobel Assembly, was also on the board of directors for AstraZeneca, the company that owned the HPV vaccines. The conflict was resolved wehn Bo Angelin stated that he did not know of the company’s HPV vaccine patents.

Ralph M. Steinman was the Nobel Laurite 2011 “for his discovery of the dendritic cell and its role in adaptive immunity,” the Nobel Prize official website reports.
Unfortunately, Steinman died a few days before the award ceremony. Despite the rule to award only living nominees, the Nobel Committee decided to make an exception and award the prize in memory of him.