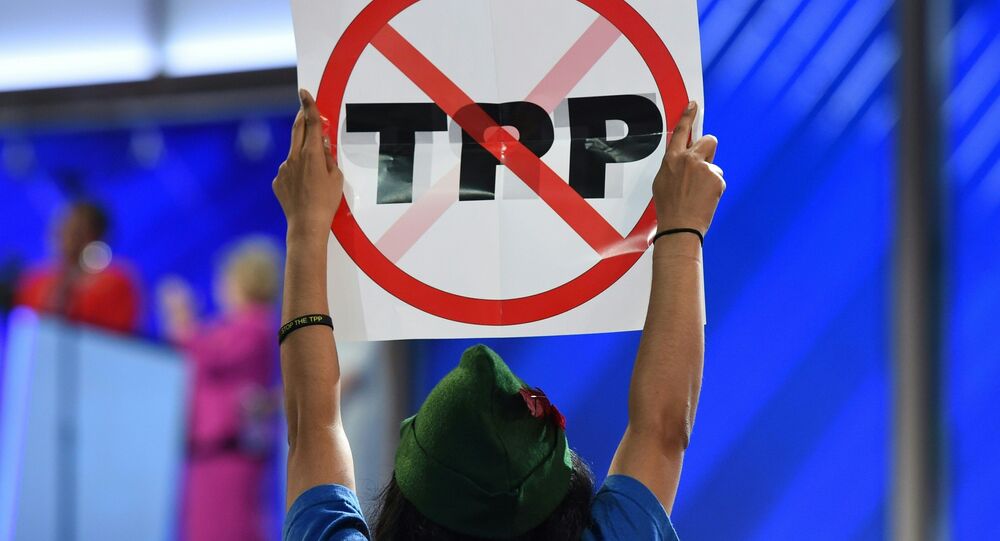 US President Barack Obama stated that the TPP will be eventually ratified, adding that it could happen after Congress elections in the country.

MOSCOW (Sputnik) — The Trans-Pacific Partnership (TPP) will be eventually ratified, US President Barack Obama said Wednesday, adding that it could happen after Congress elections in the country.

"I believe it will be ratified because it is the right thing to do. We are in a political season now and it is always difficult to get things done. Congress is not doing much right now, they are all home and talking to their constituency trying to get re-elected. So after the election I think people can refocus attention on why it is so important," Obama said at the Young Southeast Asian Leaders Initiative (YSEALI) summit in Laos.

In August, US Senate Majority Leader Mitch McConnell said that the Senate would not approve the TPP agreement in 2016, however it could still be changed and approved in another form under the next US president’s administration.

TPP negotiations were finalized in October and must be ratified by all 12 signatories within the next two years. The parties to the TPP agreement are Australia, Brunei, Canada, Chile, Japan, Malaysia, Mexico, New Zealand, Peru, Singapore, the United States and Vietnam, and comprise approximately 40 percent of world GDP.