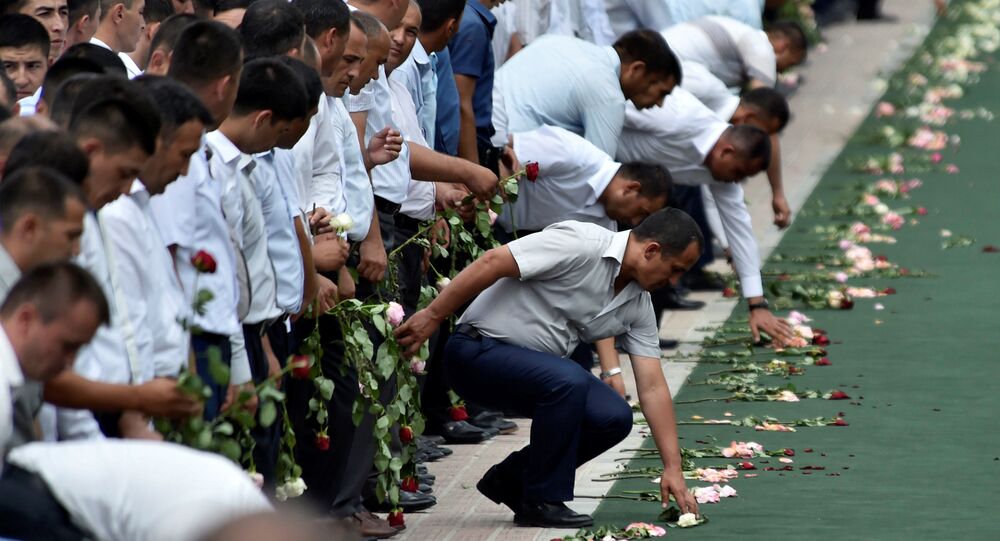 Uzbekistan Can Rely on Russia, Moscow Seeks to Develop Relations

© Sputnik
US to Continued Partnership With Uzbekistan After Karimov Death
SAMARKAND (Sputnik) — Uzbek authorities can count on Russia as a reliable friend and Moscow seeks to develop relations with Uzbekistan, Russian President Vladimir Putin said Tuesday.

"Of course, we very much expect that what was started by President Islam Karimov will be continued. We will do everything to support this path of mutual development, support the Uzbek people, the Uzbek leadership. You can count on us fully, as on the most reliable friends," Putin said at a meeting with Uzbek Prime Minister Shavkat Mirziyoyev.

Putin underlined that late President Karimov laid a "very strong foundation" for relations between the two countries and helped create a strategic partnership between Russia and Uzbekistan.

"[Late Uzbek President] Islam Abduganiyevich [Karimov] always said — and we will continue this — that we have absolutely strategic relations with Russia. We will continue to develop this," Mirziyoyev said.

The prime minister underlined that relations between the two countries "have been, are and will be a strategic partnership, alliance."

US to Continued Partnership With Uzbekistan After Karimov Death