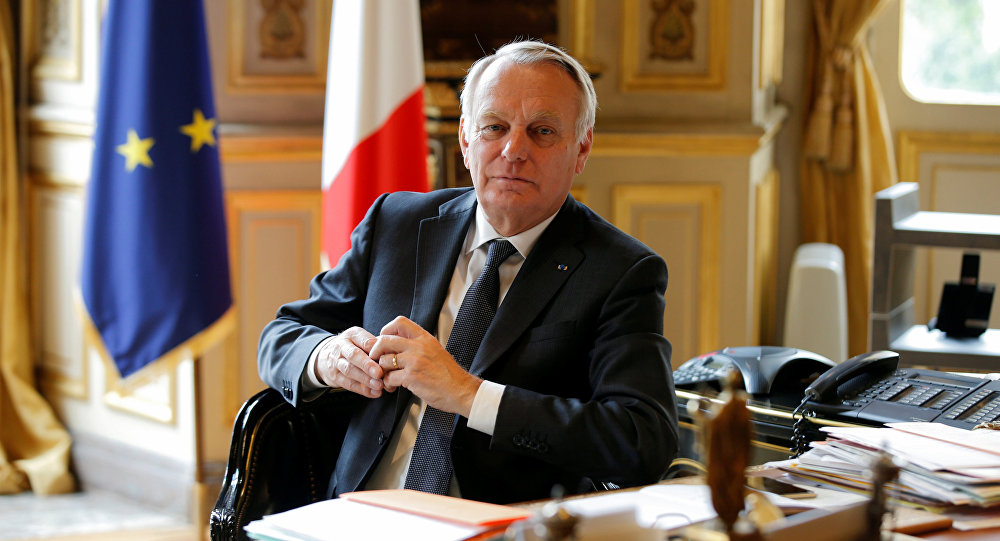 France has no intention to initiate suspension of talks on the US-EU Transatlantic Trade and Investment Partnership (TTIP), though this treaty should be more balanced, French Foreign Minister Jean-Marc Ayrault said on Friday.

© REUTERS / Kai Pfaffenbach
Failure of TTIP? Europe Stands Against US Plans to Create Common Trade Area
BRATISLAVA (Sputnik) — On Tuesday, French President Francois Hollande and German Economic Affairs Minister Sigmar Gabriel suggested in separate statements that it would be impossible to conclude the TTIP agreement before the end of the year.

"No, we do not know anything about that," Ayrault told reporters answering the question whether Paris intendeds to halt TTIP talks.

"We also said that we were not against trade agreements, we have a very good example of the treaty which Canada… which has brought good results. But it is unacceptable, when the conditions are not fulfilled and when [the agreement] is not balanced and only Europe takes efforts," Ayrault said.

TTIP seeks to establish a free trade zone between the United States and Europe. The US government started discussions on the draft deal with the European Union in 2013. The details of TTIP, including specific rules of market access, have not been released to the public.