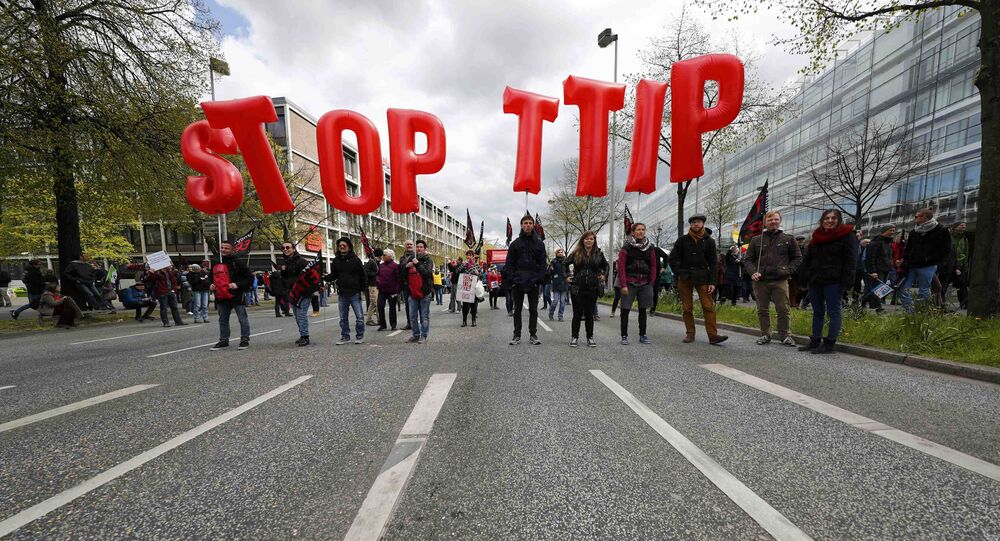 The collapse of a signature Obama administration trade pact marks a major defeat for free trade advocates and politico-economic globalism.

Free trade negotiations between the European Union and the United States have fallen apart in recent weeks with Europe reticent to open its agricultural industry to low-cost American “frankenfruits” in addition to concerns over the depletion of labor standards and worries that an unelected cabal will be able to dictate policy over the sovereign objections of participating countries.

The trade talks over the Transatlantic Trade and Investment Partnership (TTIP) began to stagnate years ago with the 14th round of negotiations between American and EU officials in Brussels in July serving as potentially the final death knell. The negotiations were the third round in six months as US officials attempted to make one last ditch effort to clear the deal before the end of Obama’s presidency.

Germany’s Vice-Chancellor Sigmar Gabriel confirmed that the negotiations between the parties had failed, but he said that "nobody is really admitting it." The secretive deal, for which leaders of European countries cannot even access a fully copy of the pact, has become political anathema in both the EU and the United States behind a rising tide of nationalism and trade protectionism.

The deal began to fall apart beginning in May when France first threatened to block the deal. At the time, President Francois Hollande said that he would "never accept" the deal because it abridges the sovereignty of France and the rest of Europe while disproportionately favoring US agro-business.

"We will never accept questioning essential principles for our agriculture, our culture and for the reciprocity of access to public markets," Mr. Hollande said in May. "At this stage France says, ‘No’"

The deal has fallen under increased pressure in the wake of Britain’s historic vote to exit the European Union changing the dimensions and calculations of the trade pact while creating concern among US leaders that a TTIP deal without British involvement would actually diminish US-UK economic ties.

President Obama warned that a vote for Brexit would mean that the UK would have to wait at the "back of the queue" for trade deals with the United States and that Brits would lose out on the possibility of TTIP. These comments were interpreted by British pundits as a thinly veiled threat and the idea that Brexit would free the people from the unpopular trade deal became a major rallying cry for the Leave campaign which jumped nearly 5 points in polling following the comments.

The Remain campaign, by contrast, warned British voters that the UK could end up with "TTIP on steroids" if it does leave the European Union and opts to arrange in a direct pact with the US.

In addition to Brexit politics, concerns with the deal include not only America’s lower food and drug standards that would place European agriculture at a disadvantage against US genetically modified produce, but also the across the board reduction in labor standards and the development of an international arbitration tribunal that allows companies to gain compensation from taxpayers if the health and safety laws of a country reduced economic profitability.

On Sunday Sigmar Gabriel, who is also Germany’s Economy Minister, said: "In my opinion, the negotiations with the United States have de facto failed."

This is Why US, Europe Cannot Agree on TTIP Trade Deal

EU, US Still at Odds on Tariffs, Services, Procurement in TTIP Talks