Russian experts have inspected the debris of a Russia-operated Airbus A321 that crashed in the Sinai desert in October 2015, local media reported Sunday citing its sources in the Cairo airport. 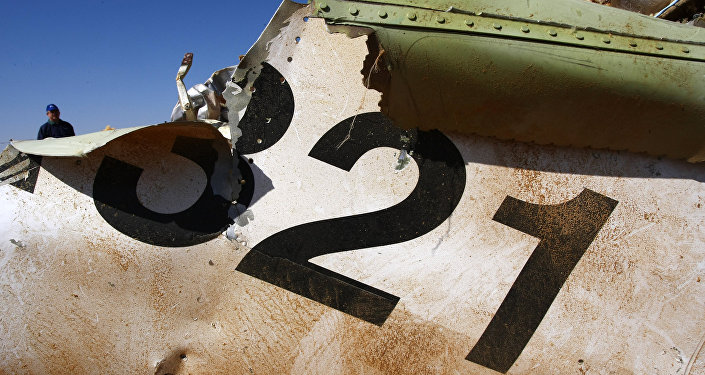 © Sputnik / Maxim Grigoryev
Russia, Egypt Agree to Intensify Cooperation in A321 Crash Investigation
CAIRO (Sputnik) — According to Sada El Balad news portal, the Russian delegation, consisting of four persons, spent two hours inspecting the plane and then had a meeting with the Egyptian side.

Two experts from Germany and Ayman Muqaddam, the head of the Egypt-led investigation committee into the crash, joined the inspection of the debris, that had been transported to the Cairo airport territory, according to the media outlet.

On October 31, 2015, the Russian A321 plane crashed in the Sinai desert while flying from the resort city of Sharm el-Sheikh to St. Petersburg. All 224 people on board died in what has become the largest civil aviation disaster in Russian history.

Egypt’s Chief Prosecutor Offers to Share Details of A321 Crash