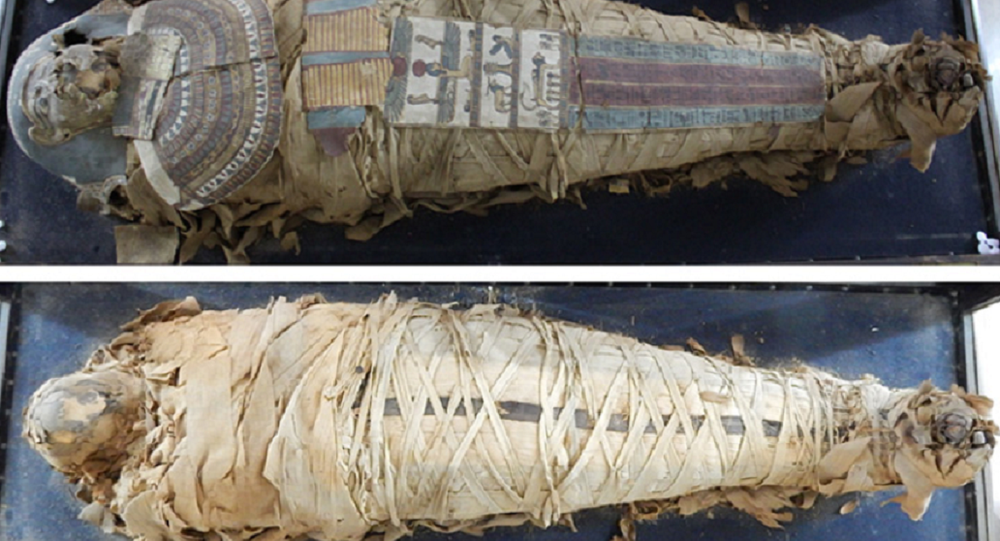 Ancient Egyptians suffered from many illnesses and diseases still affecting humanity today, including cancer. Their mummies can be a source of valuable information about the history of a particular disease.

The problem however, is that scientists have not yet been able to ascertain what a mummified tumor would look like. Canadian bio-archeologist Jennifer Willoughby sought to recreate them, by asking oncologists for mouse remains, who had died from cancer.

© Sputnik / Yakov Andreev
Millions of US Citizens Use Potentially Cancer-Causing Tapwater
Some of the mice were buried in hot sand, while others were mummified using ancient Egyptian traditions. To do so, Willoughby took out their internal organs and filled their cavities with caustic soda.

After 50 days of drying, she plunged the mice dead bodies in pine resin and then striped them with linen fabric. Finally, the mummies were buried with incense and Willoughby read an ancient Egyptian memorial prayer over them.

Ultimately, Willoughby scanned the mummies’ bodies, using computer tomography and was able to spot the difference of tumors from other tissues and organs were apparent. With her success others may now use her research to gain more information about the cause of death in ancient rulers, as well as how diseases afflicted them millennia ago.