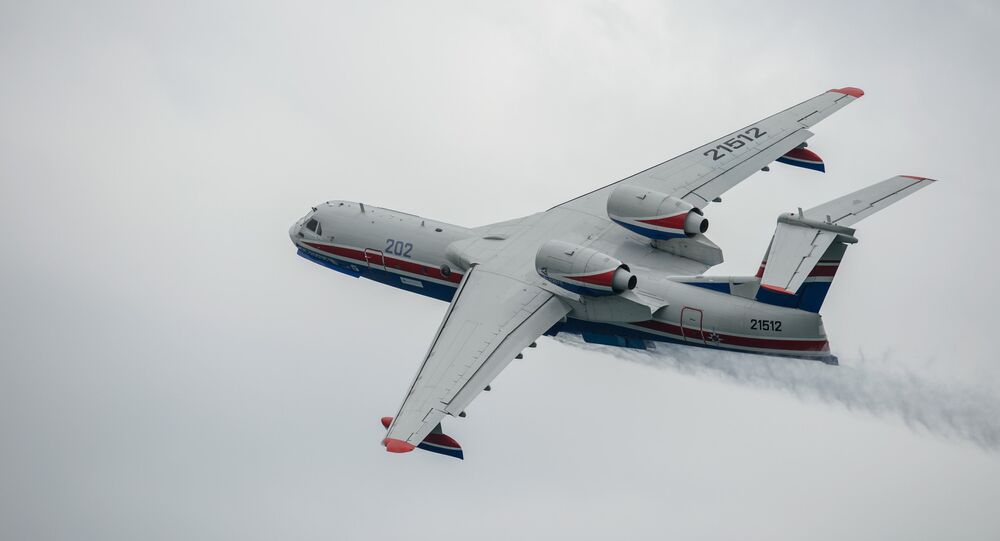 The Russian Emergencies Ministry’s amphibious Be-200 aircraft saved four settlements and two national parks from wildfire in Portugal in the past 24 hours, the ministry’s press service said in a statement.

© Photo : Emergencies Ministry RF
Portugal Uses Russian-Made Helicopters in Tackling Madeira Wildfire Blaze
According to the press service, the number of forest fires in mainland Portugal and on the island of Madeira has "significantly reduced due to the concerted action of an international aviation group," including the Russian Be-200 aircraft, as well as firefighting efforts on the ground. Aside from the Russian planes, Moroccan and Italian aircraft are part of the international group.

On Friday, the Russian Emergencies Ministry said that it was sending two Be-200 Altair amphibious aircraft upon Portugal’s request to assist it in battling forest fires.

The Beriev Be-200 is well suited to firefighting missions. It can take in up to 12.5 metric tons of water in a few seconds, while traveling over the water surface and then dropping its load on the flame.