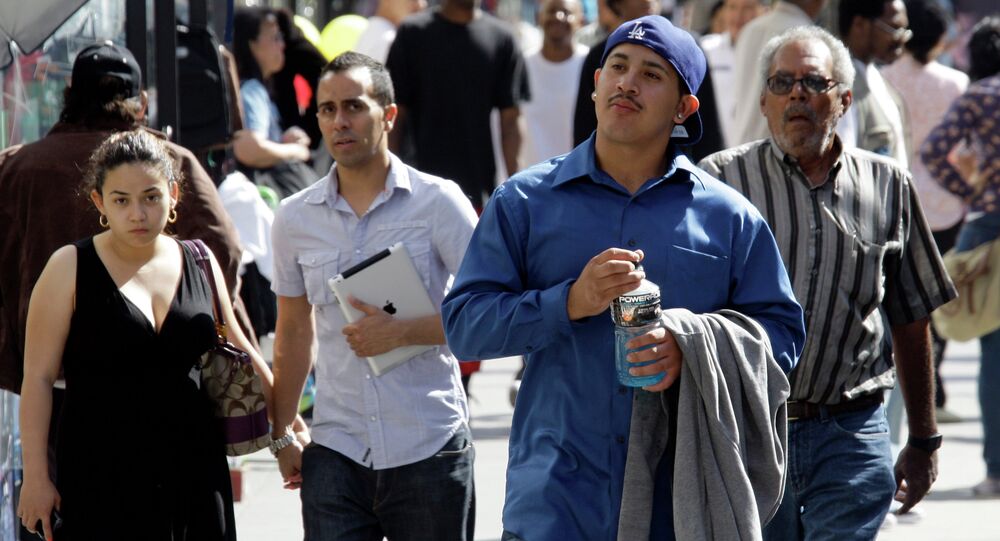 New research published in the current issue of the scientific journal Genome Biology, suggests that Latinos age at a slower rate than other ethnic groups.

The study, conducted by researchers from the University of California, suggested that people of nationalities tied to Latin America age more slowly at the molecular level, despite the fact that they normally have higher rates of life-threatening diseases.

"Latinos live longer than Caucasians, despite experiencing higher rates of diabetes and other diseases," said Steve Horvath, professor of human genetics and lead author of the study, adding that scientists refer to the phenomenon as the 'Hispanic paradox.'

The team analyzed participants' blood, saliva, and brain samples, and discovered that the blood of Latinos and the indigenous Tsimane aged more slowly, compared to other ethnic groups. The finding offers proof that the longer life spans of Latinos have an epigenetic explanation.

"We suspect that Latinos' slower aging rate helps neutralize their higher health risks, particularly those related to obesity and inflammation," Horvath said. "Our findings strongly suggest that genetic or environmental factors linked to ethnicity may influence how quickly a person ages and how long they live."

© Flickr / byronv2
Sturgeon’s SNP: Luring Scots to the Dark Side of Ethnic Nationalism in a Carnival of Europhilia
Co-author Michael Gurven noted that the indigenous Tsimane group aged even more slowly than most Latinos. The age of their blood was calculated to be some two years younger than that of most Latinos, and the group has few incidences of heart disease, diabetes, hypertension, obesity or clogged arteries.

Horvath and his team intend to study the aging rate of other human tissues, to determine the molecular mechanism causing Latinos to age more slowly. Scientists hope that their work will help find a way to delay aging for people of all ethnicities.

According to the Centers for Disease Control and Prevention, Latinos in America live an average of three years longer than Caucasians, with a life expectancy of 82 versus 79.