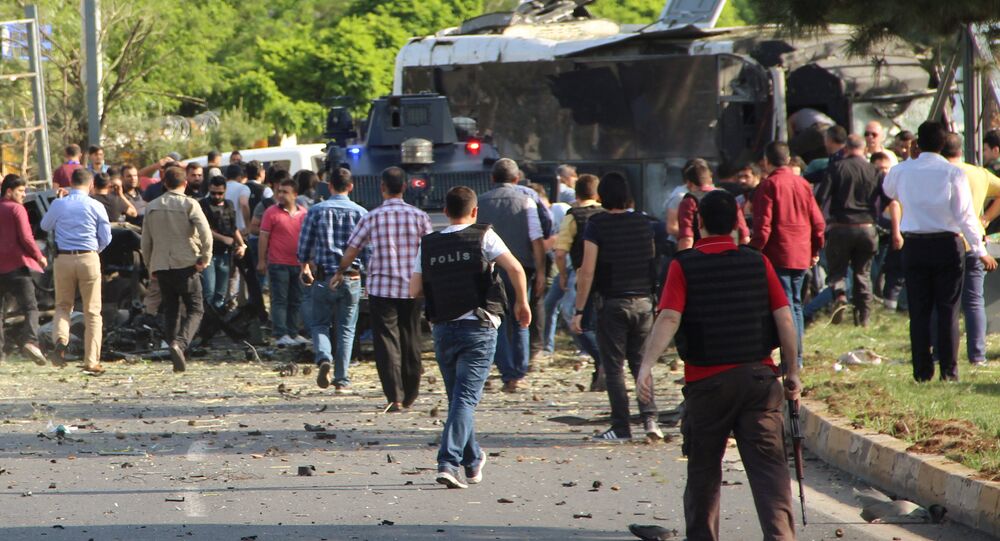 MOSCOW (Sputnik) – According to the Daily Sabah newspaper, the Kurdistan Workers' Party (PKK) was behind the incident.

🔴Explosion on #Çınar and #Bismil road in #Diyarbakır near the Traffic Police Centre#Turkey
📸 pic.twitter.com/9P1UA5fHyW

The explosion was reportedly caused by a car bomb. Five of those injured are said to be police officers.. The area where the explosion occurred is on the road between Diyarbakir and the district of Bismil.

Tensions between Ankara and the Kurds escalated in July 2015 when a ceasefire between Turkey and the PKK collapsed over a series of terror attacks allegedly committed by the PKK members. Turkish authorities have imposed several round-the-clock curfews in Kurdish-populated towns in the country's southeast, preventing civilians from fleeing the regions of the military operations.

The Kurds are currently living in parts of Turkey, Iran, Iraq and Syria. In Turkey, the Kurds represent the largest ethnic minority, and are striving to create their own independent state.