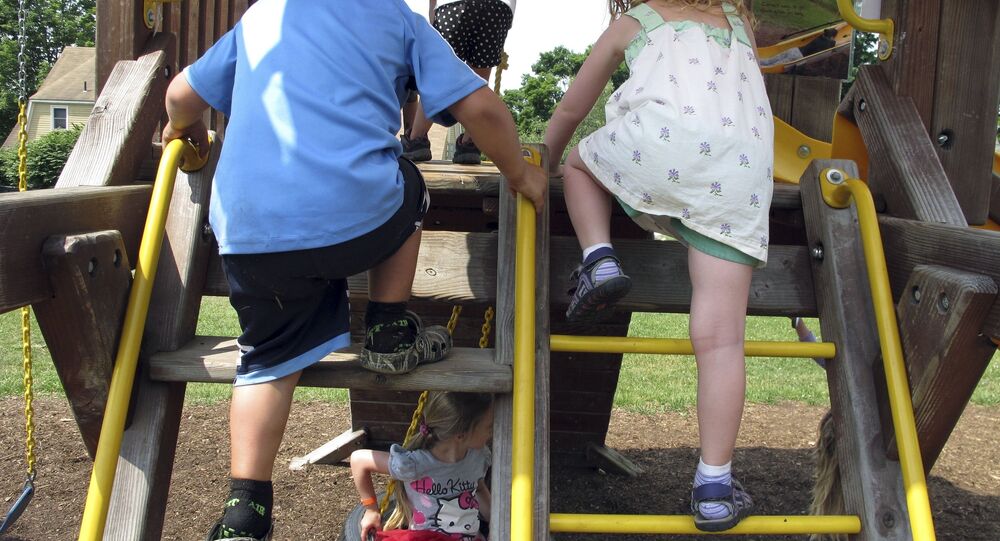 Parents in Toronto’s West End shared an allergy alert on social media Wednesday after it was discovered that a play structure in Dufferin Grove Park had been smeared with peanut butter.

Sarah Bolton, at the park with her 2-year-old son Lewis Wednesday morning said, "It was everywhere. All over the hand railings… on the ladder, all over the swings, all over the slides, it’s just a really scary situation. It would have to take a sociopath to do something like this. You shouldn’t have to worry that someone will maliciously put a very [well] known allergen [in a place] that kids will play."

News spread quickly on Facebook after Bolton posted to a few neighborhood group pages. One angry commenter wrote, "Only a psychopath would do such a heinous thing! What kind of an evil person does this?"

Dr. Edmond Chan, head of the allergy clinic at the BC Children's Hospital said, "[It’s] hard to predict how much peanut would trigger the reaction, so we always warn parents that small amounts could trigger it. If the child touched the play structures, then internalized the peanut somehow, like they didn’t wash their hands and touched the food they ate, rubbed their eye, licked their fingers, they could internalize it."

According to public health website Eat Right Ontario, symptoms of an allergic reaction vary from person to person, and can take minutes or several hours to occur after initial contact with nuts. Anaphylaxis is the most serious of reactions, and can be fatal if not treated immediately.

"(A) peanut allergy is never mild. Even if someone has a mild reaction one time, there is always the possibility of anaphylaxis," said Shelagh Genevieve Albert, "My son is allergic, and this is very upsetting to me."

Peanut allergens can stay on surfaces for prolonged periods of time, up to 100 days, according to one Halifax study, but it is easily cleaned. "A regular household cleaning wipe… was sufficient for getting rid of the allergen," the report read.

The Dufferin Grove Park incident is the fourth of its kind to occur in the area over the last few months. Other food smearings have been reported in Perth Square, Hillcrest Park, and Carleton Park. Matthew Cutler, a Toronto Parks, Forestry and Recreation spokesman, said that after each report, "staff could not locate any peanut butter when they arrived at the park." He does acknowledge, however, that peanut butter was found cleaned at Dufferin Grove Park after being reported, though he couldn’t say how much. Sarah Bolton suggested that she saw at least three jars’ worth.

Investigation into the food smearing would have to be handled by Toronto police. Spokeswoman Caroline de Kloet remarked, "If there’s a pattern here, unless we have a report we can’t [follow up]," adding, "Spreading the word on social media is [a correct action]… at least it gets the word out that if you do have a child with a peanut butter allergy, maybe avoid that park."

"It’s terrifying," said Vanessa Crossley, a mother whose child doesn’t have peanut allergies, but is unsettled by the food smearing. "It’s just bizarre that somebody would do that."

Nowhere in the Headlines and Missing Out on Care: Greece's Refugee Kids