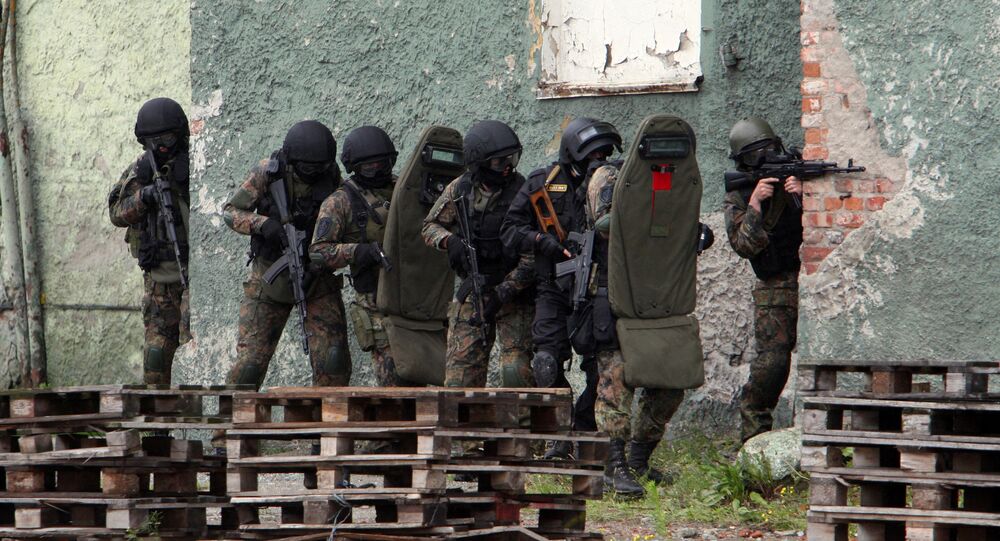 BALI (Sputnik) — Dmitry Feoktistov, deputy director of the Department for New Challenges and Threats of the Russian Foreign Ministry, is heading the Russian interdepartmental delegation to the meeting being hosted by Indonesia.

"In the context of foreign terrorist fighters we offered the regional countries to join the international data bank on terrorism, which was created by Russia's FSB in 2008,″ Feoktistov told RIA Novosti.

According to the diplomat, as of today, 29 states and several international organizations, including the United Nations, have joined the data bank.

© Sputnik / Igor Zarembo
Russia's FSB Confirm Terror Threats, But Assure Everything Under Control
"The value of this bank is that it collects open and closed segments, and there is special software that allows for information on foreign suicide bombers, and their movements in particular, to be shared virtually, online," Feoktistov added.

Over 200 senior officials and specialists from 20 countries, including Russia, Australia, Belgium, the United Kingdom, India, China, the United States, Turkey and France, as well as three international organizations, namely, the United Nations, Interpol and the Association of Southeast Asian Nations (ASEAN), are taking part in the international anti-terrorism meeting in Indonesia.