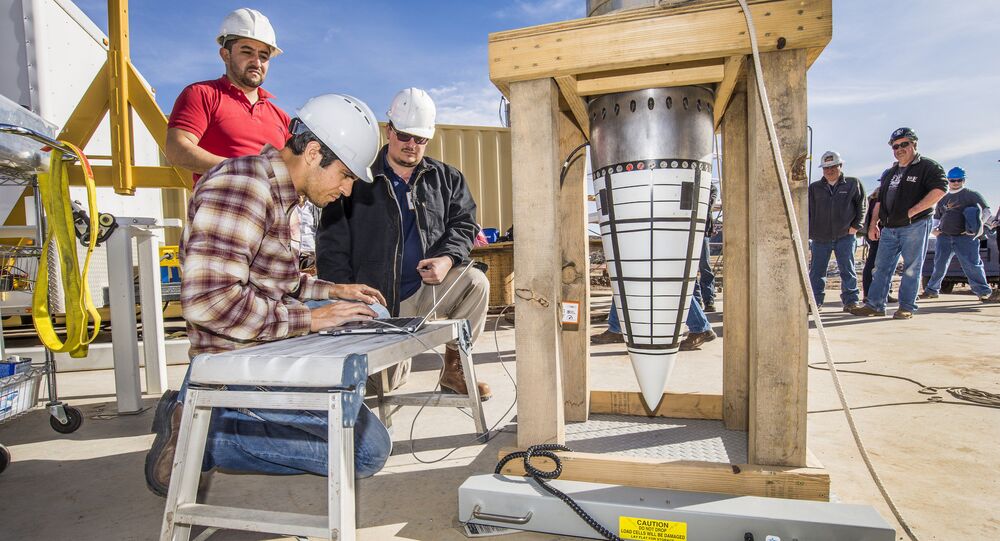 The US National Nuclear Security Administration (NNSA) has moved one step closer to producing the B61-12 nuclear bomb by clearing it for the production engineering phase on Tuesday.

The Russian president’s spokesman Dmitry Peskov responded to the developments by making a cautious promise to refer the "necessary estimates" to specialists who will assess if the Pentagon’s new bomb posed a threat to the global nuclear balance.

Russian military experts talked to RIA Novosti about whether Russia could stand up to this challenge and what options were available.

Russia should move fast to counter the US plan of bringing back into service an upgraded B61-12 nuclear bomb, Russian military science professor Konstantin Sivkov said Tuesday.

"They are not rebuilding the bomb, but rather refurbishing its components and giving the shell more aerodynamic advantage. This won't take long," Sivkov, the president at the Academy of Geopolitical Problems, said.

According to the US nuclear security authority, the bomb will have both its nuclear and non-nuclear components upgraded to extend its service life while improving safety and reliability.

"The only counter-measure left to Russia is to create a nuclear warhead for the Iskander missile system," Sivkov said, referring to ballistic missile complexes that currently carry a range of conventional warheads.

The NNSA plans the first production unit of the bomb for fiscal year 2020, which will be followed by full-scale production. NNSA Administrator Lt. Gen. Frank Klotz said the upgrade would add at least 20 years to the bomb’s service life.

© CC0
Russia's 'New Efficient Solutions' to Counter Washington's Upgraded B61-12 Nuke
The precision-guided B61-12 could land within just a few feet from its target, Sivkov said. Combined with its bunker-busting capability, it is well-suited for preemptive nuclear strikes against an opponent’s command and control centers.

"The production of these bombs will significantly augment US Air Force’s ability to carry out so-called decapitation strikes, which are strikes against our most-protected strategic command centers. Their previous modifications are stationed in Europe, and the US will undoubtedly send the upgraded version there too," he predicted.

"This possibility has been taken into account by Russia’s political and military leadership… The question is what targets and goals the NATO alliance has in mind," he said, adding that stockpiling B61-12 bombs in NATO member states on Russian border meant they could be used in a conflict against Russia.

© Flickr / Sandia Labs
Russia Can 'Minimize' Threat From US B61-12 Nuclear Bomb
Vladimir Batyuk, the head of the Center for Military and Political Research at the Russian Academy of Sciences, disagreed, saying that the United States was more interested in preserving nuclear parity with Russia.

US Secretary of Energy Ernest Moniz was quoted by the NNSA as saying that the B61-12 warhead life extension program would actually downsize the US nuclear stockpile. The bomb’s entry into service will allow the Pentagon to retire the B83-1, the last megaton-class weapon, while maintaining the US nuclear deterrent.

Batyuk emphasized that both US and Russian military experts were more concerned about lack of dialogue on strategic arms reduction, after talks on renewing the New START Treaty stalled this year.