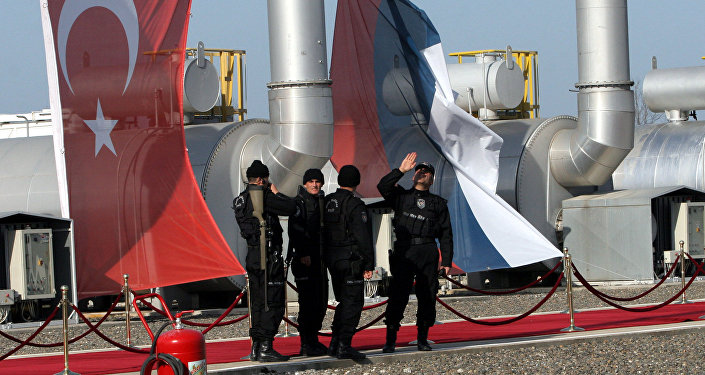 “In general, we are currently talking about the construction of two lines. The second line is for southwestern European consumers which can also be laid under the Black Sea and routed through Turkey,” Novak told Rossiya-24 broadcaster.

Ankara confirmed its interest in the implementation of the pipeline at the Turkish delegation’s visit to Moscow on Tuesday.

"Turkey is interested in the direct flow of gas, bypassing other transit countries. In that framework, at least one Turkish Stream leg is envisioned for Turkish consumers," Novak stressed in the interview.

The Turkish Stream project was announced in the end of 2014 by President Vladimir Putin on his state visit to Turkey. In November 2015, however, Russia suspended talks on the project with Turkey and officially abandoned the Turkish Stream idea the following month.