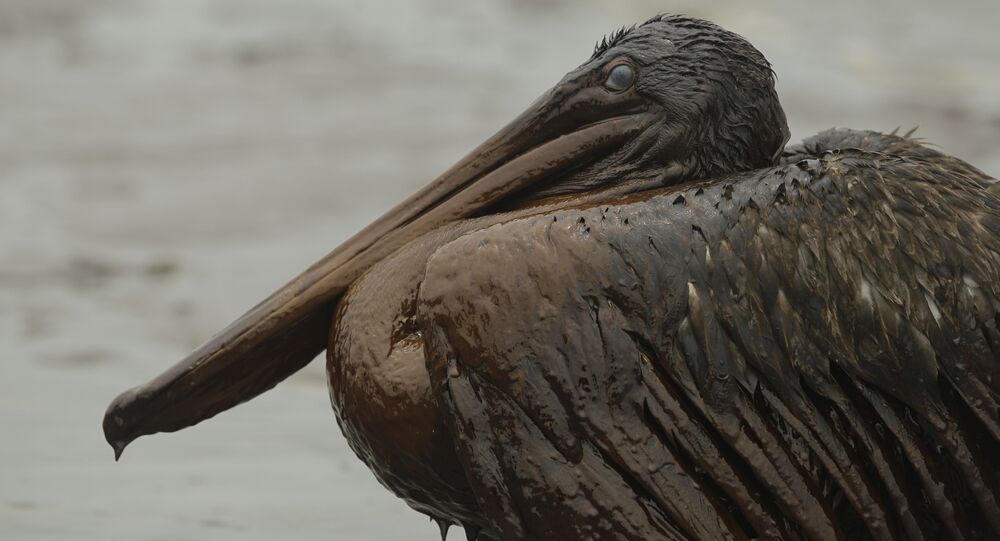 As the North Saskatchewan River was poisoned with a 200,000-liter tar sands crude oil spill last Thursday, Husky Energy did not shut down its leaking pipeline until the following Monday. Al Pate, a ranking employee with the oil company, said he was “deeply sorry” for the delayed response.

The pipeline cutoff and the apology came after two cities shut off their water supplies, and pictures of birds satchurated in a "very, very, very thick bitumen," surfaced, according to the Living Sky Wildlife Rehabilitation, a rescue organization based in Saskatoon.

The booms laid out to contain the spill proved ineffective, due to water levels lifting the oil over the barriers, and wildlife rescuers and local officials say that the spill will have long-term effects of the area.

On Monday, Canada’s environmental agency reported that an investigation would be conducted into the spill. The National Observer reported, “The drinking water of one of the municipalities, Prince Albert, could be affected for up to two months according to an estimate from a city official.

Environment and Climate Change Canada told the National Observer that its enforcement officers are now determining whether there may have been a contravention of federal environmental and wildlife legislation before, during, or after the leak. Husky Energy employees failed to contain the spill where it began on Thursday, and roughly 1,570 barrels of crude oil and other contaminants flowed into the waterways where Prince Albert and North Battleford get their drinking water.

"Our environmental emergencies officers are on-site to assess the situation and to provide scientific advice to inform cleanup options,” said an email statement from the federal department. “They are also collecting samples to better understand the characteristics of the spilled oil and its behavior in the North Saskatchewan River… As this is a matter under investigation, it would be inappropriate to comment further at this time."

Residents of Prince Albert are collecting water in bathtubs and smaller containers. Once the stored water has been used, they hope to use rainwater collected in a retention pond, which is projected to sustain the area for at least for four days.

City manager Jim Toye said that addressing the poisoned water is "not going to be a short-term event. It could go on for some time." Local rescue groups have set up triage stations to attempt to save wildlife drenched in oil.