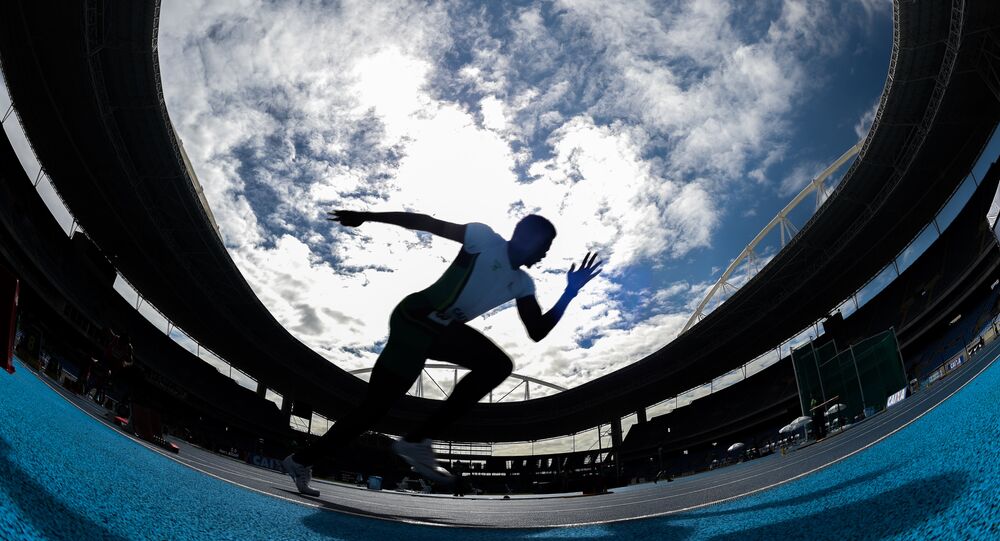 Athletic Team Ban is an 'Act of Political Sabotage Against Russia'

© Sputnik / Evgeny Biyatov
Making Russian Athletes Train Outside Country 'Discriminatory' Measure
In an interview with Sputnik, Northern League MP Gianluca Pini lashed out at the Court of Arbitration for Sport (CAS)'s decision to reject Russia's appeal of a doping ban on the country's athletics team which barred them from the 2016 Rio Olympics.

He slammed the move as an "act of political sabotage against Russia… and a sign of fear felt by certain international circles with respect to political strongman [Russian President] Putin."

"Against the background of responsible and courageous self-criticism on the Russian side and given that errors were made by individuals rather than the Russian Olympic Committee as such, the CAS's decision can be seen as an act of political sabotage against Russia. We are witnessing the use of force applied through sports," he said.

Instead of cooperating with Russia on fighting Daesh, the West tries to keep Moscow at a distance, which is also madness, Pini said, blaming the West's attempts to use sports in order to distance itself from Russia.

It is a pity that due to errors affected the honest athletes who have spent so much effort to prepare… Sport is politics. #Rio2016

He was echoed by Russian Foreign Ministry Spokeswoman Maria Zakharova, who said that a campaign launched against the Russian athletes deals a blow to the whole Olympic Movement.

The blanket attempt to ban all #Russian athletes from the Rio Olympics has more to do with Politics than Sports.

In this vein, she praised economist and political commentator Paul Craig Roberts, drawing attention to the fact that Washington is doing its best to isolate Russia.

His article, titled "Washington is politicizing the Olympics: ongoing attempts to ban Russia. Geopolitical implications" was published by Global Research, an opinion website.

"We could conclude that Washington wants hegemony in sports just as it does in foreign affairs, and wants Russian athletes out of the way so that Americans can win more medals. But this would be to miss the real point of Washington's campaign against Russia. The 'doping scandal' is part of Washington's ongoing efforts to isolate Russia and to build opposition to Putin inside Russia," he pointed out.

America's decision to ban Russian athletes from #Rio2016 is about politics, not drug cheats

The view is also shared by Nikolai Alyokhin, who won the gold medal in the saber-fencer team event at the 1980 Moscow Olympics. According to him, banning the men's national rowing and canoeing team of Belarus from participating in the Rio Games was a purely political decision aimed at eliminating competitors.

"As far as I know, our rowers had never faced complaints…All  these doping scandals have been invented in order to sting  Russia, which is also the case with Belarusian rowers, who were thought to be leaders at the Rio Olympics," he said.

In an interview with Radio Baltkom, he lamented the fact that politics have began to play an increasingly important role in sports, riding roughshod over fans' aspirations and skewing the results of the competition.

Doesn't a blanket ban on Russian athletes devalue the Olympics for all competitors & cheat the spectators?
A ban reeks of cold-war politics.

"I think that all those who keep an eye on sports events and the Olympic Games have noticed that politics is playing an-ever increasing role in organizational issues. I wish it failed to affect the best athletes' performance," he said.

Subscribing to his standpoint is Oleg Fyodorov, world bodybuilding champion and trainer at the Tallinn-based Idakeskus Sports Center, who described the CAS's move as an attempt to put pressure on Russia.

@MoZeusWorldwide..Plus it's not just Russian athletes doping, u can't ban a whole national team it's crazy and serves only politics

"I see all this as heinous pressure on the All-Russia Athletics Federation, and the fact is that politics has already penetrated all spheres of life! Previously, politics fully managed to [stay] out of the [equation]," he pointed out in a written interview with Sputnik.

His stance was supported by a host of prominent Kazakh athletes, including Serik Eleuov, bronze medalist at the 2004 Olympic Games, who sad that the situation surrounding the Russian national team is influenced by political chicanery.

"I believe that politics had certainly had an impact [on the CAS decision]. Why should America decide on doping-related issues?" he said in an interview with Sputnik.

The IAAF first imposed the ban on the All-Russia Athletics Federation (ARAF) last November, and upheld it in June.

"The CAS rejects the claims/appeal of the Russian Olympic Committee and 68 Russian athletes," the court said on its website.

The athletes may submit appeals withing 30 days, the CAS secretary general stated. However the CAS has emphasized that "the door is open" for the International Olympic Committee to decide on Russian athletes' participation in the Olympics.