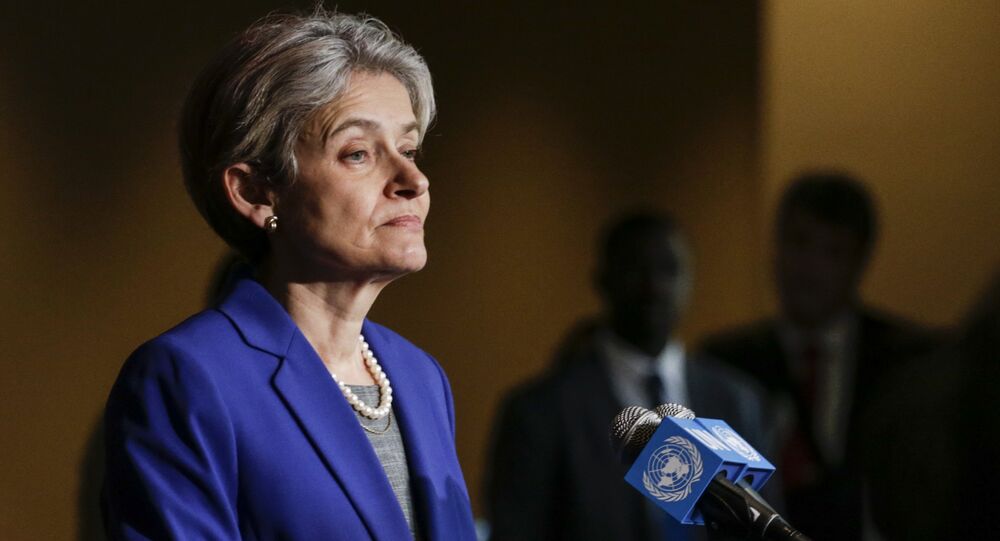 Nominating Bulgaria's Irina Bokova, who speaks fluent Russian and English, for the post of UN Secretary-General would be the right choice, according to the French news magazine Le Nouvel Observateur.

The name of Ban's successor will be announced in September, in what is expected to be a protracted process, which is being held on a transparent basis for the first time ever, according to Le Nouvel Observateur. With all the candidates already assessed by the General Assembly, the ball is now in the UN Security Council's court.

"All the permanent members have their own criteria, but in general they all are pragmatic, and they are unwilling to see a strong independent UN chief who could interfere with their own influence," Le Nouvel Observateur pointed out.

France, for example, wants the future UN chief to speak French, while Russia points to the unwritten tradition that each new UN Secretary-General should come from a different part of the world, including Eastern Europe. The General Assembly, in turn, requested that this time the United Nations chief should be a woman.

"As a result, the ideal candidate for this position could be Irina Bokova, although some other candidates in the list are also good chances," according to Le Nouvel Observateur.

Bokova is currently the head of UNESCO and is a former Bulgarian MP; she also served as acting Bulgarian Foreign Minister between November 13, 1996 and February 12, 1997. She studied at the prestigious Moscow State Institute of International Relations in the mid-1970s.

#Education is the most powerful way to fight against child marriage, against early pregnancy, against gender-based violence #askwith @hgse

Aside from Bokova, the candidates' list includes former Prime Minister Helen Clark of New Zealand, who previously refused to send her country's troops to Iraq and "proved her independence from the United States, Britain and Australia," according to Le Nouvel Observateur.

Also on the list are United Nations High Commissioner for Refugees Antonio Guterres, a former PM who is popular in his native Portugal; Kevin Rudd, a former Australian PM who steered his country clear of the world economic crisis in the late 2000s, as well as the UN representatives of Australia, Costa Rica, Moldova, Croatia, Slovenia, Serbia, Macedonia, Montenegro and Slovakia, Le Nouvel Observateur recalled.

© AP Photo / EyePress
China to Become 2nd Largest Contributor to UN Peacekeeping Budget
Niels Nagelhus Schia of the Norwegian Institute of International Affairs, said in turn that the new UN Secretary-General will have to grapple with a whole array of pressing issues, including those related to migration, climate change, conflicts, Syria, and UN peacekeeping activities.

"The new UN chief will face a spate of challenges and one of them will pertain to the reform and the renewal of UN peacekeeping forces, which will help resolve current and future conflicts," Schia was quoted by the Norwegian news website NRK as saying.

He did not rule out that a woman could take the helm of the UN, and at the same time said that Guterres remains a "strong candidate" and that a candidate's country of origin plays an important role in the nomination.  A total of 13 candidates, including five women and eight men, are currently on the list.

Over 40% of Russians Regard UN's Role Globally as Negative - Poll