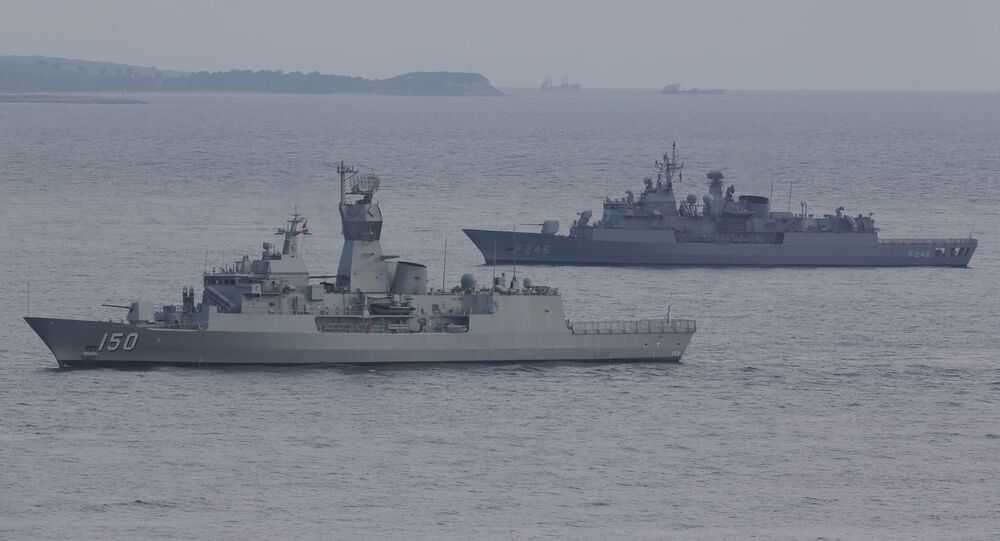 Four Turkish Navy Warships in the Black Sea, Not in Russian Ports - Source

At least four Turkish Navy warships are in the Black Sea, two of them on Romanian territory, a military and diplomatic source told RIA Novosti on Tuesday.

MOSCOW (Sputnik) – British media claimed at least 14 Turkish warships on patrol in the Black Sea and the Aegean have not returned to their home bases since the failed coup Friday.

According to the Times newspaper, the ships' commanders may be one of the coup conspirators, who are seeking to avoid returning to Turkey.

Turkish navy commander Adm. Veysel Kosele has been also out of contact since Friday, the publication read citing its source. It is not clear, whether Kosele supported the coup or was taken hostage.

Greek media earlier reported that Turkish military coup supporters had seized Yavuz frigate and taken the head of Turkish fleet as a hostage.

Late on Friday, the Turkish authorities said that an attempted coup was taking place in the country. The coup attempt was suppressed by early Saturday. Nearly 300 people were killed and over 1,400 were injured, while thousands of people have been detained.

"At least four Turkish Navy ships are in the Black Sea now: two ships in the Romanian port of Constanta, one in the Bulgarian Burgas and one in the sea. There are no Turkish ships in Russian ports," the source said.

Late on Friday, the Turkish authorities said that an attempted coup was taking place in the country. The coup attempt was suppressed by early Saturday, with Turkish Prime Minister Binali Yildirim stating that all coup supporters had been identified and would be apprehended as the country was returning to normal life.

Thousands of judiciary and senior civil service members have been removed from office in Turkey and thousands of military personnel were arrested.