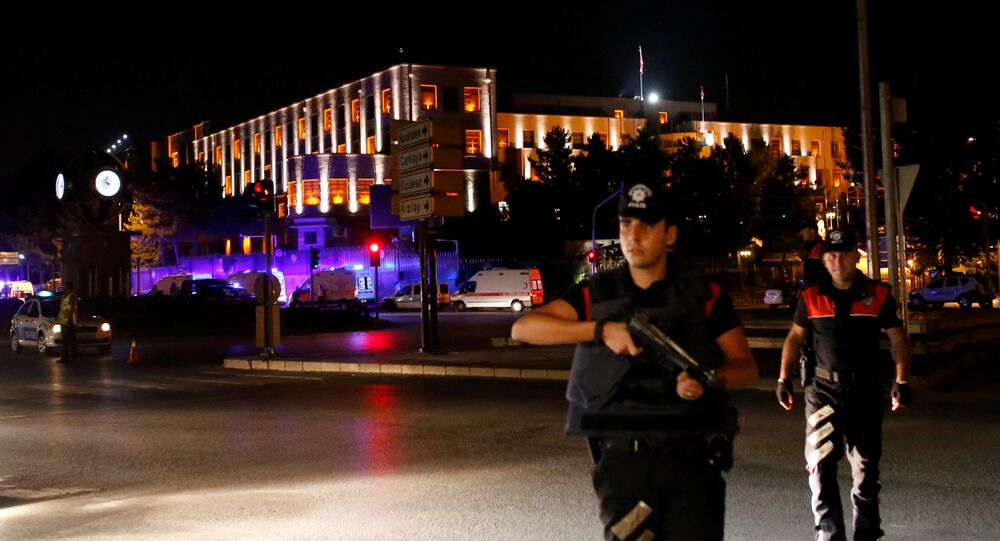 The pilots linked to the downing of the Russian Su-24 jet in November are among those who were arrested for plotting Friday's attempted military coup in Turkey, Turkey's Minister of Justice Bekir Bozdag confirmed Tuesday.

"Among those arrested for plotting the military coup are the pilots who shot down the Russian jet," CNN Turki cited Bosdag as saying.

Earlier, mayor of the Turkish capital of Ankara Ibrahim Melih Gokcek said that those who was involved in killing of Russian pilot over Syria last year participated in attempted coup in Turkey.

© REUTERS / Osman Orsal
Big Political Changes Await Turkey, Now That It's Escaped the Coup
The uprising took place late on Friday as soldiers and tanks were deployed on the streets of Turkey's capital of Ankara and the largest city of Istanbul, and around strategic locations, including the parliament building. Soon after the attempt's beginning Edrogan called on the Turkish people to come out into the streets to stand up against the rebels.

Almost 300 people were killed and more than 1,400 wounded during the failed coup.

The Russian Su-24 attack aircraft was shot by a Turkish fighter near the Turkish border in Syria on November 24, 2015. Following the incident, Russia imposed a number of restrictive measures on Turkey and has repeatedly said that Ankara should apologize for downing the plane and cover any associated material losses to the country and the pilot's family.

On June 27, Kremlin spokesman Dmitry Peskov said that Erdogan in a letter addressed to Putin apologized over the downing of the Su-24 aircraft and extended condolences to the family of the pilot killed in the incident.