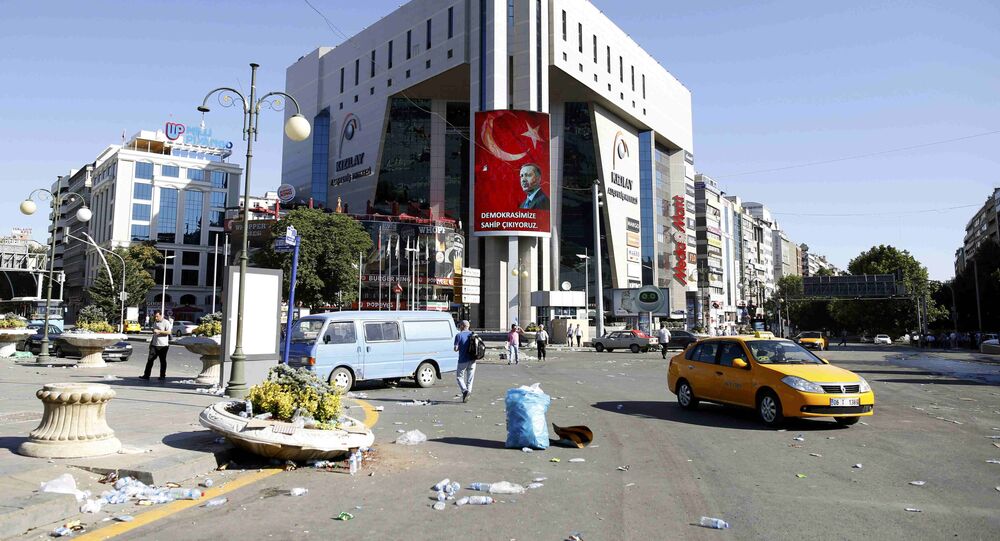 The Russian Emergencies Ministry requested the Association of Tour Operators of Russia (ATOR) to draw up the list of the Russian tourists currently staying in Turkey for potential evacuation amid political crisis, a source in ATOR told RIA Novosti on Saturday.

MOSCOW (Sputnik) — According to the source, emergency flights might be organized to bring Russian tourists back home as regular flights between Russia and Turkey were provisionally barred.

"The Russian Emergencies Ministry are ready to evacuate the Russian tourists currently holidaying in Turkey, if necessary. They have already requested the ATOR for accurate number of tourists staying at the country's resorts and asked for the lists," the source said.

© Flickr / Alexander Babashov
Civil Aviation Flights From Russia to Turkey Temporarily Suspended
Late on Friday, Turkish authorities said that an attempted coup is taking place in the country. Turkish President Recep Tayyip Erdogan urged Turkish citizens to take to streets, stating that the coup attempt was carried out by a small group within the military.