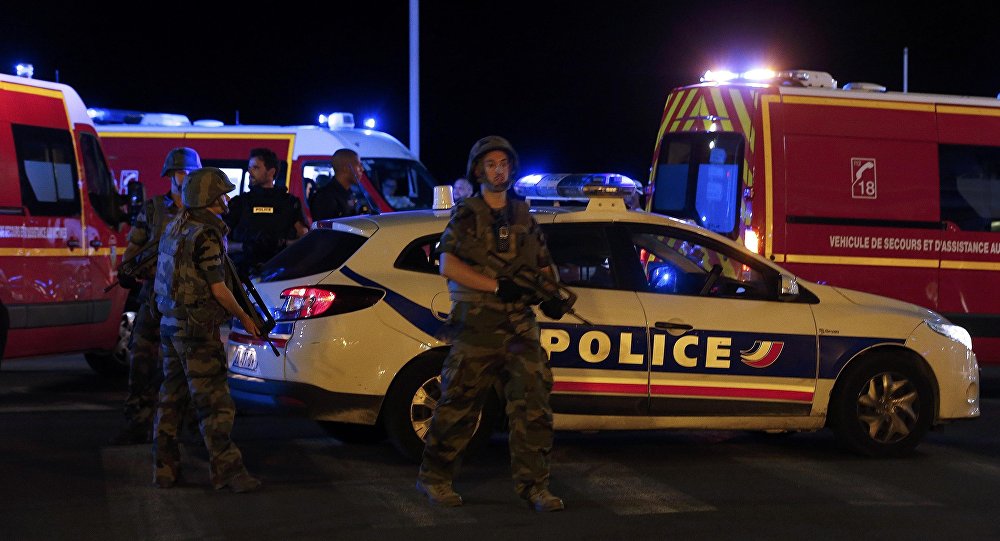 Putin on Nice Attack: Humanity Needs to Unite in Order to Defeat Terrorism

Russia is ready for close cooperation with France on all anti-terrorism issues, Putin said in a message to French President Francois Hollande after deadly truck attack in Nice.

"President Putin sent a telegram to his French counterpart President Hollande, in which he expressed deep condolences after this inhumane, barbaric terrorist attack," Peskov told reporters. 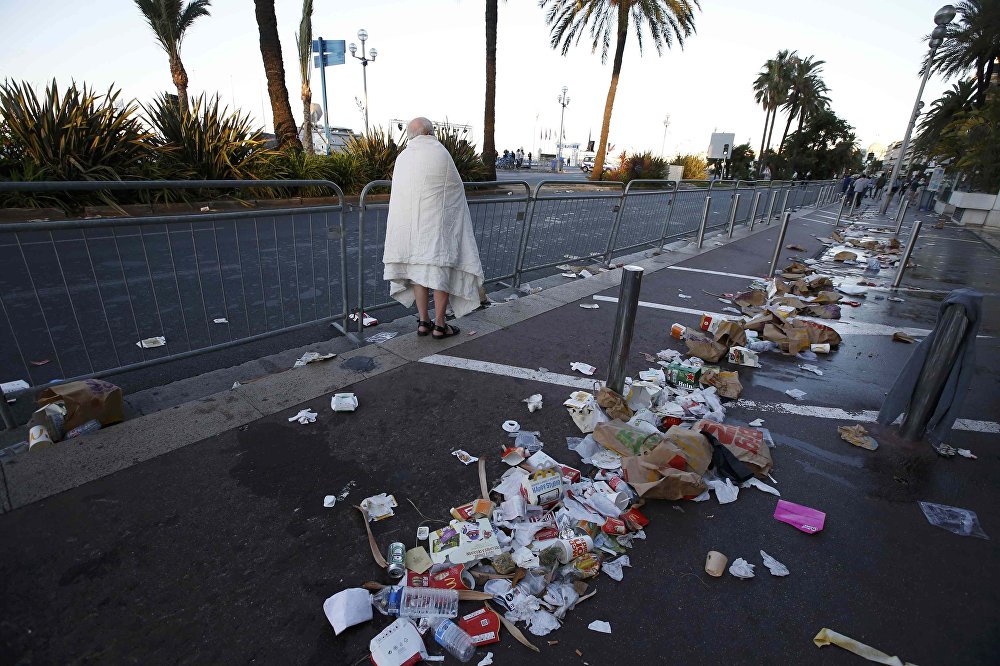 © REUTERS / Eric Gaillard
A man walks through debris scatterd on the street the day after a truck ran into a crowd at high speed killing scores celebrating the Bastille Day July 14 national holiday on the Promenade des Anglais in Nice, France, July 15, 2016.

"Russia stands in solidarity with the people of France in these difficult days and fully shares its pain," Peskov added.

Russian President Vladimir Putin found out about the deadly attack in Nice during his meeting with US Secretary of State John Kerry, Kremlin spokesman Dmitry Peskov said.

"The cruelty and cynicism of this crime, committed on your National Day, is astonishing. We have again seen that terrorism is absolutely unfamiliar with human morale, its victims are innocent civilians, including women and children," Putin said, as quoted by the Kremlin press service.

The Russian president reaffirmed that Russia is ready for "the closest cooperation with France and other international partners in all areas of counterterrorism" and believes in the need for humanity to unite in this fight.

"The tragic news about the terrorist attack in Nice came when talks had begun between Vladimir Putin and US Secretary of State John Kerry," Peskov said.

According to the spokesman, the two politicians' meeting lasted until "well after midnight."

Travel Agencies in China Offer Refunds for Trips to Nice

Moscow Offers Condolences to Friends, Families of Victims of Attack in Nice