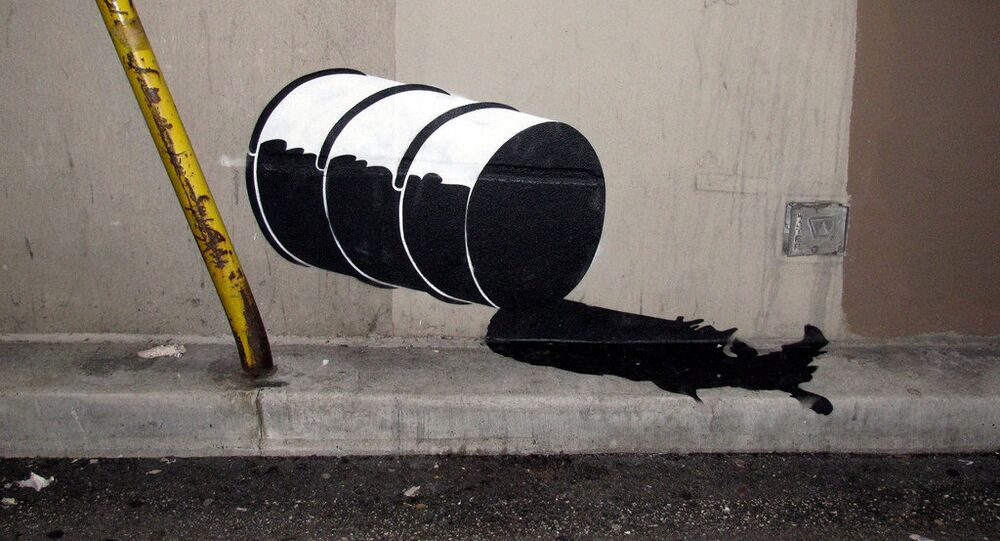 Brent crude ICE futures fell from over $47.80 per barrel to $46.19 per barrel in late afternoon trading before recovering slightly to around $41.30 per barrel.

© AFP 2020 / HUGO BERGSAKER
UBS Increases Brent Oil Price Forecast to $50 Per Barrel in Second Half of 2016
MOSCOW (Sputnik) — Oil prices fell over 4 percent on Wednesday following news of a slower draw from oil stocks in the United States.

Brent September futures were down over 4.5 percent, and are trading at around $46.25 per barrel.

Earlier, the US Energy Information Administration said that crude inventories fell by 2.5 million barrels during the first week of July, which is less than the widely anticipated fall of 3 million barrels. At the same time, distillate stocks increased, with gasoline inventories up by 1.2 million barrels in contrast to reduction expectations.

Global oversupply and stagnating demand have caused oil prices to plunge from $115 per barrel in June 2014 to less than $30 per barrel in January 2016. Prices recovered amid output outages and growing demand in May, reaching a a peak of over $ 50 per barrel in early June. Crude prices are currently fluctuating between $45-50 per barrel.