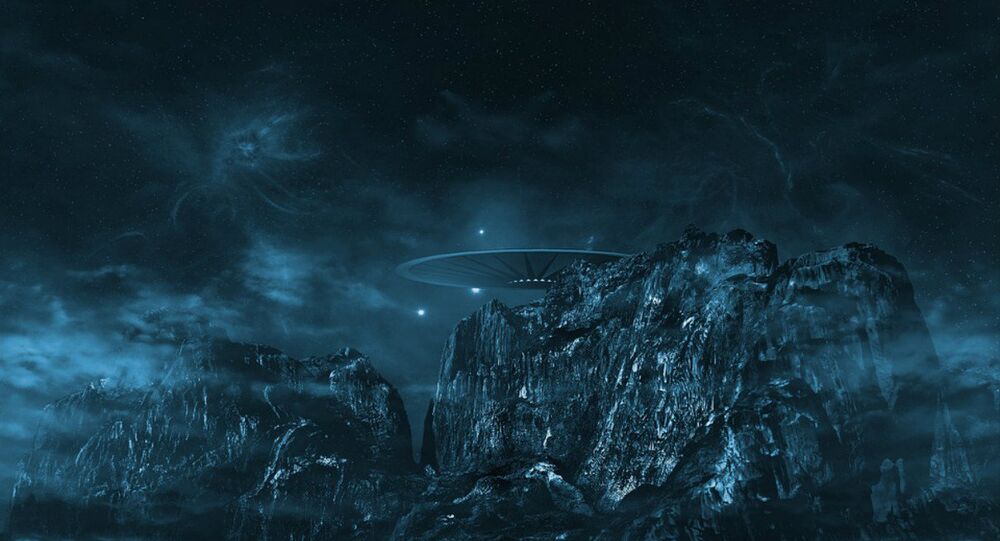 Argentinian ufologist Marcelo Irazusta has caused consternation with a puzzling find on the floor of the Pacific Ocean; theories about the object's origin range from fallen UFO, to the remains of an ancient civilization.

© REUTERS / Ertugrul Kilic
Prize Fighter Geography Fail: Mike Tyson Compliments Chileans on 'Beautiful Pyramids'
An intrepid Argentinian researcher who specializes in alien life forms has found what he claims is a UFO in the Pacific Ocean, off the coast of Mexico.

Marcelo Irazusta, a ufologist with several discoveries to his name, found his latest unidentified object using Google Earth. In footage of the discovery uploaded to Youtube, it is described as 5.5 km in length, with an appearance similar to that of a plane.

Irazusta has declared that the object is a "UFO underwater," though other ufologists are not so sure that the photograph shows a formerly flying object.

Fellow alien researcher Scott Waring, who has written several books on the subject, told Argentinian news agency Telam that he sees a pyramid in the photograph.

"It's a perfectly formed pyramid, which measures more than 14 km across," Waring said.

The Taiwan-based investigator said that the pyramid is "the biggest ever known," and is so impressive it must have been created by life from another planet.

"Only aliens would be able to create something like that."

Waring admitted that there remains some uncertainty about the object's alien origins, but agreed that Irazusta has made an interesting find.

​"Even if it's not a landed UFO or something used by aliens, we are talking about a grand discovery."

© Sputnik
Abracadabra! French Artist Tells Sputnik How He Hid the Louvre's Pyramid
The video footage of the "pyramid" has been viewed more than 405,000 times on Youtube, and apart from UFO's, has given rise to a range of theories about its origin.

Telam reports that some believe it is the remains of the mythical island of Atlantis, described by the ancient philosopher Plato; others say it is a structure built by the Mayan or Aztec civilization.

Marcelo Irazusta, the first to declare the discovery, is a veteran ufologist. Earlier this year he published a video purporting to show alien bases on the Moon, and on Mars.

To Izarusta and his followers, the Google Earth footage appears to show two alien bases. They appear similar to each other, leading Irazusta and fellow ufologist Sandra Elena Andrade to call on NASA to investigate the possibility of alien life there.

"The shocking discovery has provoked fascinating internet discussions. What will NASA do? Will it try out a plausible explanation, or will it remain silent in the face of such evidence," wrote Andrade, who uploaded the footage to Youtube.