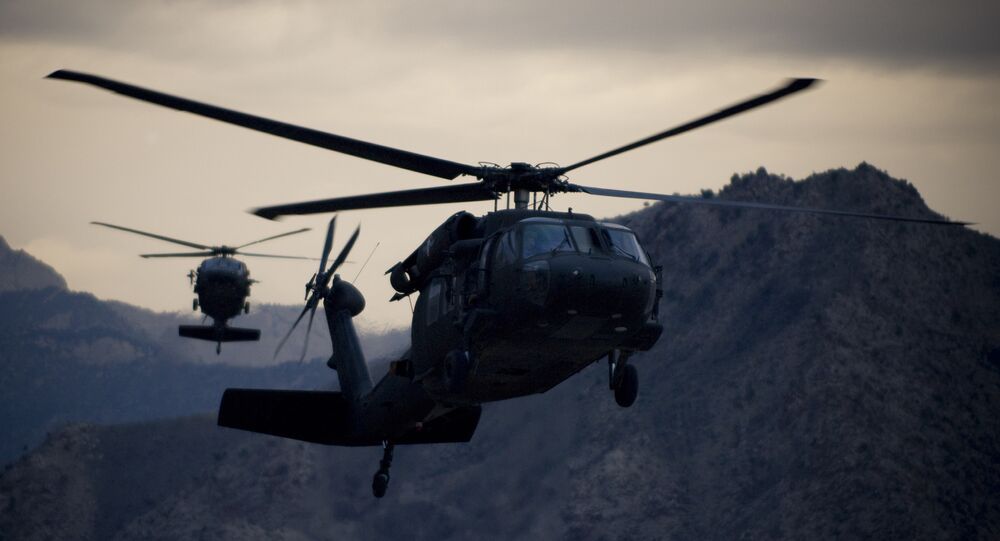 Next year, the first flights for a rotorcraft prototype intended to replace the Army’s Black Hawk helicopters will take place. The new aircraft probably will not be battlefield-ready for another 15 years, unless manufacturers find business elsewhere.

Prototypes are being built by Bell Helicopter for the Army’s Joint Multi-Role Technology Demonstrator project. A Sikorsky-Boeing team competing to replace the legacy Black Hawk showcased their vision for the aircraft in Atlanta this week, at the Army Aviation Association of America, or "Quad A."

Bell is constructing a V-280 Valor tiltrotor aircraft. The Valor is intended to takeoff and land vertically like a helicopter, as well as rotate its propellers to fly horizontally like a fixed-wing plane. Sikorsky and Boeing are building a tiltrotor craft called the SB-1 Defiant, a high-speed coaxial helicopter that features one rotor mounted on top of the other. Officials at Bell say ground testing for the V-280 will commence April 2017 and the first flight is scheduled for September 2017. The SB-1 is poised to fly in 2017 as well.

After talking about replacing its helicopters for over a decade, the Army commissioned demonstrator aircraft in 2013 to find replacement technology for the UH-60 Black Hawk. The sandy, hot and high-altitude conditions that define combat in Afghanistan and Iraq exposed the limitations of the current battlecraft, and the new design is intended to travel higher, farther and faster, while carrying heavier loads. These efforts will feed into an extensive program to replace all Army helicopters. Costing over $100 billion, the Future Vehicle Lift program will include doing away with the, CH-46 Chinook,  the OH-58 Kiowa and the AH-64 Apache.

Black Hawk helicopters are wearing out more rapidly than anticipated, thanks, in part, to a decade of constant use. However, the first new rotorcraft will not be available until 2030. Bell has claimed that they can manufacture the aircraft as early as 2024.

Vince Tobin, Bell’s vice president of advanced tiltrotor systems said, "There’s no real technology that needs to be further developed for us to be able to design and develop an aircraft that meets those requirements," and, "Our big push now is that, after we fly this and prove out that we can build this aircraft, that we are ready to go into engineering and manufacturing development."

Much of the funding for the project is coming from the company itself, as the payoff of having the V-280 chosen by the Army is expected to be high. The V-280 flies much like the Black Hawk, and Bell is pushing their tiltrotor as a possible replacement for other variants of the UH-60 flown by the Marine Corps, US Navy and Air Force, along with the militaries of 26 other countries.

"Our view is that if any of the services that are flying any form of medium-utility, whether that be a SH-60, UH-60, MH-60, that this aircraft can fill that role going forward," said Tobin.

Doug Shidler, who directs Sikorsky’s program for the Joint Multi-Role tech demonstrator, said that their fuselage is almost complete, and that their aircraft’s chief attribute is its versatility.

"That gives us a very broad range to demonstrate this technology and capability that this platform will bring to the warfighter. Based on the requirements that come out, we can adapt to their requirements pretty quickly and respond with a configuration that would support them," he stated.

No Agreement Yet Between Russia, Guinea on Helicopter Deliveries