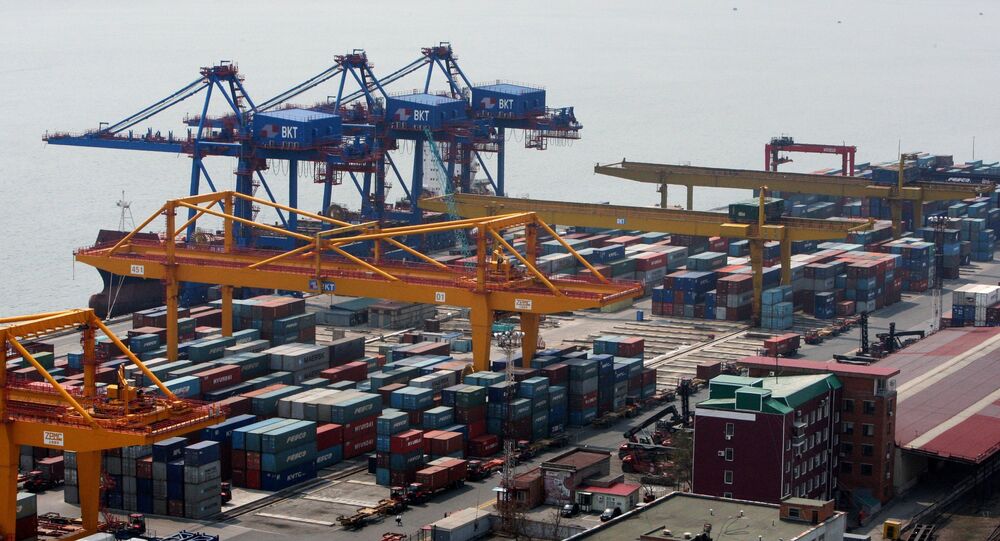 The corridor, which is part of China's Silk Road Economic Belt strategy, was proposed by the authorities of China's Heilongjiang province bordering Russia before Beijing announced the Silk Road initiative in 2013.

"The Chinese think that such a route can give China more convenient access to Europe and North America via Russian territory, as well as expand the framework of mutually beneficial cooperation," Paltov said.

© AP Photo / Ng Han Guan
China Starts Lifting Import Bans on Russian Beef, Poultry
The route has significant potential, he stressed, adding that it must be linked to other transit corridors in the Asia-Pacific region, as well as link Chinese railways and roads in the Heilongjiang province to Russia's Far East ports of Vladivostok and Nakhodka, as well as other Russian logistical hubs.

Suifenhe is a city in Heilongjiang. There is a border road between the city and the Russian border town of Pogranichny. Suifenhe is estimated to have a population of 2.8 million people. The city is currently rebuilding its border checkpoint to increase its transfer capability from 12 million metric tons to over 33 million tons.