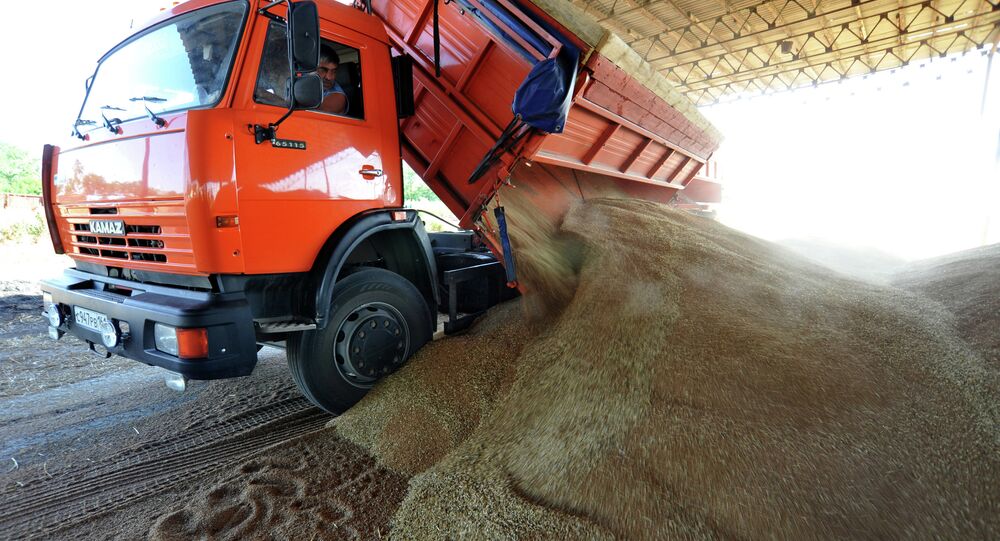 Lebanon, Russia May Boost Agricultural Cooperation Before End of the Year

Lebanese Ambassador to Moscow told Sputnik that Lebanon and Russia may sign a memorandum of understanding for bilateral agriculture cooperation before the end of the year.

MOSCOW (Sputnik) — Lebanon and Russia may sign a memorandum of understanding for bilateral agriculture cooperation before the end of the year, Lebanese Ambassador to Moscow Chawki Bou Nassar told Sputnik.

© REUTERS / Aziz Taher
Lebanon Rules Out Joining Any International Coalition in Syria
In June, Lebanese Agriculture Minister Akram Hussein Chehayeb visited Russia and while "no agreements were signed but the meeting was very important because it laid the ground, for example, for imminent visit by Russian delegation to Lebanon in July. Mr Chehayeb suggested that a memorandum of understanding could be signed between the two sides" Nassar said.

The ambassador concluded that while the sides has not set a date for the memorandum signing, it could happen before the end of the year.

The Russian delegation's visit to Lebanon will be carried out on the expert level and "they [experts] will go to Beirut to discuss to discuss with their counterparts the possibility of cooperation about increasing exports to Russia and Russian exports to Lebanon. Lebanon is interested to increase the amount of vegetables and fruits, in particular apples. Russia is interested in exporting meat, beef, lamb, chicken and of course Lebanon needs these."