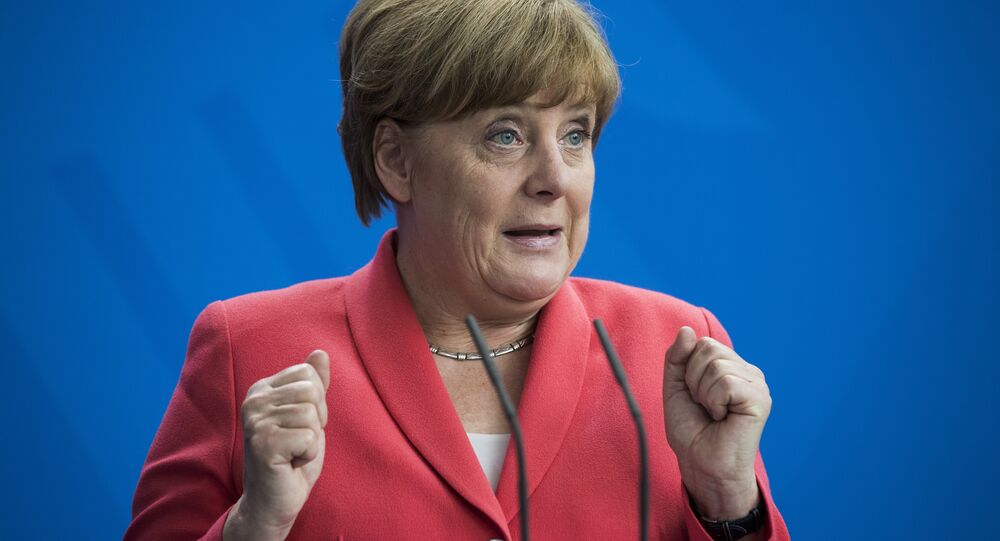 Angela Merkel will attend the Asia–Europe Meeting (ASEM) Summit of Heads of State and Government, which will be held on July 15-16 in the Mongolian capital.

© AP Photo / Markus Schreiber
Merkel: NATO Has No Plans to End Cooperation With Russia
BERLIN (Sputnik) — German Chancellor Angela Merkel will attend the Asia–Europe Meeting (ASEM) Summit of Heads of State and Government, which is due to be held on July 15-16 in the Mongolian capital of Ulaanbaatar, deputy government spokesman Georg Streiter said Friday.

The ASEM forum was established in 1996 with the aim of deepening relations between Asia and Europe at all levels. The forum's partners currently include 53 states from all over the world.

The 11th ASEM Summit will also be the 20th Anniversary of inauguration of the Asia-Europe Meeting dialogue process in 1996 in Bangkok, Thailand.

UK Must Decide on Format of Future Relations With EU – Merkel