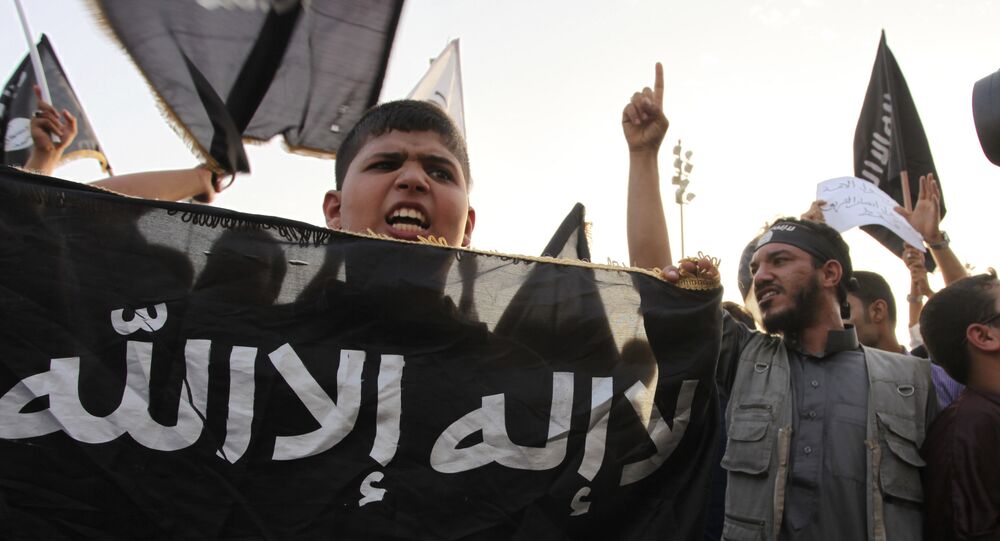 If the Syrian Army and Kurdish-led pro-democratic forces are successful in their operation to cut off the self-proclaimed caliphate's supply route to Turkey in northern Aleppo province, one negative side effect may be the creation of a new center of Daesh terrorist activity in Libya, according to military expert Vladimir Yevseyev.

© REUTERS / Hosam Katan
'Turning Point': Why Battle for Aleppo May Play a Decisive Role in Syrian War
The potential end of a large-scale war with Daesh (ISIL/ISIS) on Syrian soil may bode well for the Middle East, but the terrorist group could simply ramp up its activity in civil war-torn Libya, military expert Vladimir Yevseyev told the Russian newspaper Izvestia.

He did not rule out that the operation to cut off Daesh-held territory from its supply lines by liberating a key corridor in northern Aleppo region may start on July 6, when the Muslim holy month of Ramadan is due to wrap up.

According to him, taking part in the offensive will be Syrian Democratic Forces (SDF) and government troops, as well as a number of pro-Syrian Army units.

Yevseyev said that during the Syrian Army's massive offensive, the Daesh terrorists will most likely move toward the Turkish border.

"And there are two options under this scenario. Turkish authorities will either destroy the terrorists near their country's border or prompt them to flee to another location. Most likely, it will be Libya," he said.

Meanwhile, Russian Ambassador to Libya Ivan Molotkov has told Izvestia that the terrorists have already begun fleeing from the Middle East to this war-torn North African country.

"It is open secret that these people have already started to move to Libya from Syria and Iraq, where they no longer feel comfortable, so to speak," Molotkov said, in an apparent reference to the Daesh terrorists.

The US-led coalition of over 60 nations has been conducting airstrikes in Syria and Iraq against Daesh (ISIS/ISIL/Islamic State) since summer 2014. Russia's air campaign against Daesh in Syria was held between September 2015 and March 2016.

© AFP 2021 / MAHMUD TURKIA
Why Anti-Daesh Offensive in Sirte Will Not Bring Peace and Stability to Libya
As for the SDF, they include Kurdish, Arab, Assyrian, Armenian, and Turkmen fighters, backed by the Kurdish People's Protection Units (YPG).

Daesh Terrorists in Libya Use Civilians as Human Shields - Military