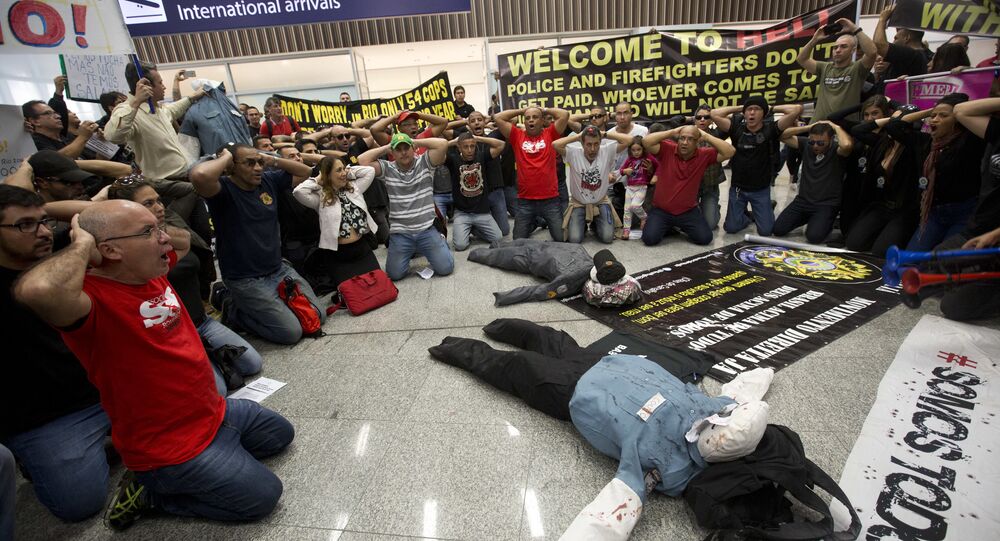 UN Assistant Secretary-General Jean-Paul Laborde said that the risk of terrorist attacks during the 2016 Olympics in the Brazilian city of Rio de Janeiro is still high.

"Danger is that, of course, due to the spread of terrorists everywhere in the world, the terrorist organizations take these Olympic Games as an occasion to propagate their attacks. And no country is immune to that. What the country should do is to take the example of the countries and to take the good practices of the countries which have addressed this type of events before," Laborde, who also heads UN's Counter-Terrorism Executive Directorate (CTED), told reporters.

He added that the reduction of territories controlled by the Daesh militant group, which is outlawed in many countries, including Russia, made the terrorist threat "more important," because Daesh terrorists could carry out attacks elsewhere.

Rio de Janeiro is due to host the Summer Olympic Games on August 5-21, 2016, becoming the first South American country to host the competition.

Impeachment in Brazil During Rio Olympics May Trigger Mass Protests