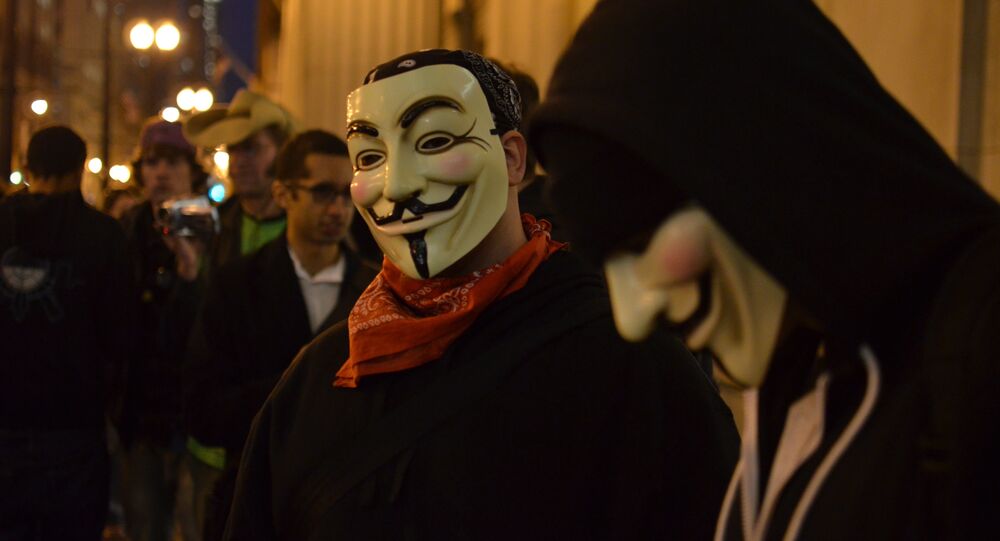 The hacktivist collective that has been focused on efforts aimed at crashing Daesh on the Internet has pledged to "track down" the militants following a devastating terrorist attack at Turkey's main international airport in what the group called Operation Istanbul, stylized as #OpIstanbul.

"Our freedom is once again under attack, this cannot continue," the group said in its latest video. "We will not rest as long as terrorists continue their actions around the world. We will strike back against them. We will keep hacking their websites, shutting down their Twitter accounts, and dismantling them to the best of our ability."

On Tuesday, three attackers blew themselves up at Istanbul's Atatürk Airport, claiming 43 lives and leaving 239 people injured. Turkey's Prime Minister Binali Yildirim blamed the suicide bombings on Daesh, but no one has claimed responsibility for the assault so far.

Anonymous maintained that an attack against Turkey is an attack against every European nation. Hactivists also asked everyone to contribute to their fight against Daesh by helping Muslims integrate into society.

"The Islamic state cannot recruit Muslims in Europe if they are accepted and included in the society.

© REUTERS / Ismail Coskun
Paramedics help casualties outside Turkey's largest airport, Istanbul Ataturk, Turkey, following a gun and bomb attack allegedly perpetrated by the Daesh terrorist group, June 28, 2016.
© REUTERS / Murad Sezer
Istanbul Airport Attack Should Serve as 'Wake-Up Call' for Erdogan
So we want all of you to stand together against discrimination," the video urged.

The brutal group that operates out of Iraq and Syria has been able to recruit thousands of foreigners by distributing high-quality videos and well-crafted messages on social media. Its powerful propaganda campaign also involved individuals sharing daily updates on the life in "idealistic caliphate" through Twitter, Facebook, Instagram and other networks.

This approach proved to be a success that lies at the heart of Daesh's resilience. But Anonymous identified the group's reliance (and dependence) on social media and internet in general as a major weak spot.

"Following the attacks in Brussels last March, we have fought daily against terrorism and we have silenced thousands of Twitter accounts directly linked" to the terrorist group, the hackers detailed.

In fact, reports in February suggested that the collective was instrumental in suspending as many as 125,000 accounts affiliated with Daesh since mid-2015.

"We severely punished [Daesh] on the darknet, hacked their electronic portfolio, and stole money from the terrorists. We have laid siege to [their] propaganda websites, tested them with our cyberattacks," Anonymous added.

Operation Istanbul is part of a larger effort to minimize Daesh's Internet presence in a campaign, known as #opISIS or #opUnitedAgainstISIS.

Turkish Police Detain 20 on Suspicion of Involvement in Airport Attacks

'Turkey Started Treating Jihadists With Caution Only This Year'